Use of blackface in Brazil Carnival parade sparks debate 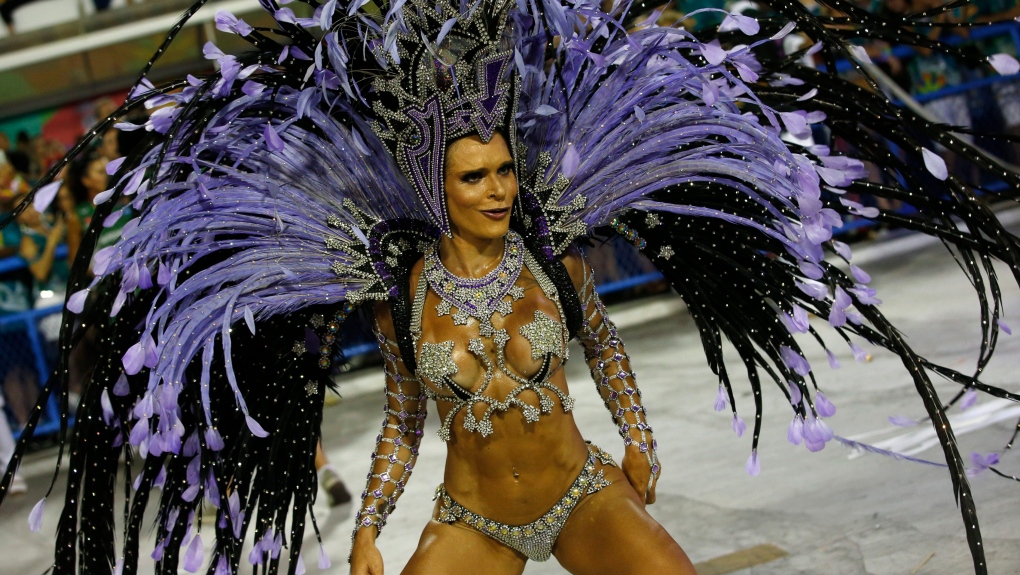 SAO PAULO -- A top samba school's use of blackface in a Carnival parade is sparking debate about depictions of race in Brazil, which is still grappling with a fraught racial legacy.

The storied Salgueiro school's performance in the early hours of Tuesday featured two groups in blackface in a parade that paid tribute to African culture and black women, in particular.

Though Brazil was the world's largest slave market and also the last country in the Americas to abolish slavery, modern Brazil often perpetuated a myth of a colour-blind, harmonious society. For decades, discussing racism was taboo, but Brazilians are slowly beginning to talk about prejudice and the way the country's searing inequality is racially tinged.

People of colour, despite making up more than half the population, have only recently begun to gain access in significant numbers to areas that traditionally excluded them, like universities, prominent acting roles and senior political positions.

Dark-skinned Brazilians are more likely to be poor or suffer violence than their white counterparts. Salgueiro even made reference to that reality, ending the parade with a depiction of the "Pieta" that honoured black mothers who had lost their children to violence on Brazil's streets.

In their coverage of the night's parades in Rio de Janeiro's Sambadrome, much of Brazil's media described the face paint in neutral terms.

But many Brazilians thought the use of black face paint detracted from the school's message of celebration and tolerance. Lucia Xavier, who is the co-ordinator for Criola, a group that promotes the rights of black women in Brazil, said she thought it was distasteful, even if she understood there were artistic considerations.

"It was not necessary to use blackface. There are a lot of black people in this country!" she said.

On Twitter, some defended the school, saying that it was wrong to label as blackface the mere use of black paint since the practice historically involved demeaning depictions as well.

Members of the school told O Globo newspaper that the subject never came up during rehearsals, despite the fact that many of the performers are black.

"The plot was Afro. It was a more historic Afro, so we needed these darker features," Helio Bejani, a choreographer for the school, was quoted as saying. "The makeup was the only way to achieve the right tone."

But Barbara Weinstein, an academic who writes about race in Brazil, said the use of blackface implies some kind of limitation on how black people can present themselves -- and that its history is known the world over.

"It's very recognizable, people understand what it meant and continues to mean," said Weinstein, who is a professor of Latin American history, specializing in Brazil, at New York University. "So the argument that this isn't a Brazilian tradition really doesn't work because the African diaspora is a really transnational world."

James N. Green, director of the Brazil Initiative at Brown University's Watson Institute for International and Public Affairs, said it made sense that there would be confusion over how to interpret blackface in Brazil, since it originated outside the country: Some people are referencing the American history and critique of the practice, while others are resisting taking on what many in Brazil see as America's more fraught racial legacy.

He said it's possible that the school was using blackface as a way to affirm blackness.

"There's always been a current in Brazilian history of affirming people's Africanness," said Green. It's a way of saying: "No there are not 179 categories (of skin tone), there's just really white and black."