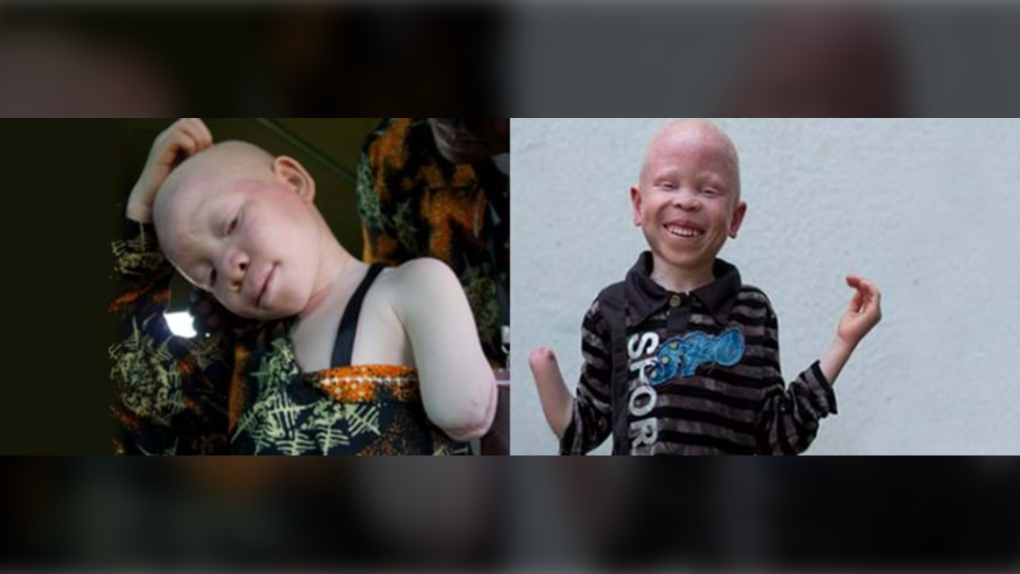 Ten-year-old Mwigulu Matonange's left arm was cut off above the elbow and six-year-old Baraka Cosmas Rusambo lost his right hand in witchcraft-related attacks both in Western Tanzania. (Under the Same Sun / Lancaster University)
TORONTO -

An historic United Nations resolution calling for the end of witchcraft atrocities worldwide has been passed after years of advocacy by a team of academics.

The resolution calls for the elimination of harmful practices related to witchcraft beliefs, including beatings, banishment, cutting of body parts, and amputation of limbs, torture and murder. It also affirms that everyone has the right to life, liberty, and security.

Every year, there are thousands of cases of people accused of witchcraft globally who are mutilated or killed for witchcraft-related rituals, according to academics from Lancaster University in the U.K. who were part of the team that ensured the issue was heard at the UN.

Women, children, seniors, and people with disabilities, including albinism, are particularly at risk.

In the last decade, the academics said there have been more than 700 attacks on people with albinism – a genetic disorder that impairs the body’s ability to create the pigment melanin and results in very light skin, hair, and eyes.

According to the Office of the United Nations High Commissioner for Human Rights (OHCHR), some believe that people with albinism are “magical beings or ghosts,” so they will mutilate or even kill them in order to use their body parts for witchcraft rituals.

In certain African countries, trade in body parts of people with albinism is “big business,” according to the researchers, who said the “going rate” for a full set of body parts is 75,000 pounds (C$130,200).

“The violence is largely met by social silence and indifference, and is seldom followed by investigations or the prosecution of perpetrators,” the OHCHR explains on its website. “While some investigation and prosecution seem to take place, sentencing appears to be rare. Victims face significant difficulties in bringing their cases to justice, fearing retaliatory attacks or further stigmatization.”

Professor Charlotte Baker of Lancaster University, who has published widely on albinism in Africa, together with UN Independent Expert on Albinism Ikponwosa Ero, international human rights barrister Kirsty Brimelow and Lancaster University honorary graduate and human rights advocate Gary Foxcroft, have worked as part of a wider team to bring about the UN resolution.

Their efforts were rewarded in late August when the resolution was passed without a vote after it was tabled at the UN Human Rights Council by Kenya, with the support of the Africa group, composed of 54 member states from the African continent.

It’s the first time the issues of witchcraft and human rights have been brought together in a systematic and in-depth manner at the UN and international level, according to Lancaster University.

“The UN Special Resolution is an important step in helping to stop the, often horrific, human rights abuses that take place due to beliefs in witchcraft around the world,” Foxcraft said in a press release on Wednesday.

“We needed as many governments as possible to support this Resolution and believe that our work inspired the action needed to do so.”

Ero acknowledged that the resolution wasn’t a “magic bullet,” and that more work is needed to be done to address the problem.

“But this one is a key turning point for all of us working to ensure human rights protection in this complex sphere of spiritual beliefs and practices. The resolution will also spur the work to combat the horrendous violence which characterize these types of harmful practices and which, for too long, have destroyed and taken too many lives.”