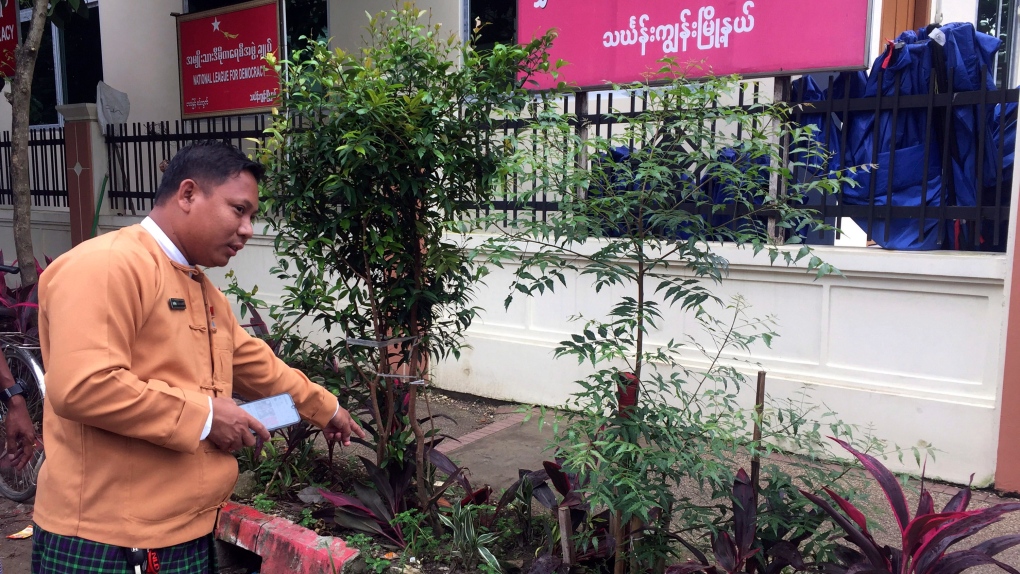 YANGON, Myanmar -- An unexploded grenade was discovered next to a township office of the ruling National League for Democracy party in Yangon, Myanmar's biggest city, police said Wednesday.

An officer who declined to give his name because he is not authorized to release information said police cleared away the grenade soon after it was discovered in the early morning and are investigating the incident. He gave no other details.

No one has claimed responsibility.

The National League for Democracy is headed by Aung San Suu Kyi, who also heads Myanmar's government. The party will contest a general election next year. Suu Kyi and her party hold a majority of seats in parliament, but are forced to share power under rules in the constitution imposed by a previous army-led regime.

A pro-military party is the NLD's biggest challenger, but some radical nationalists are also bitter critics of Suu Kyi.

Aye Win, a local NLD official who works in the office, said police were checking security video for clues.