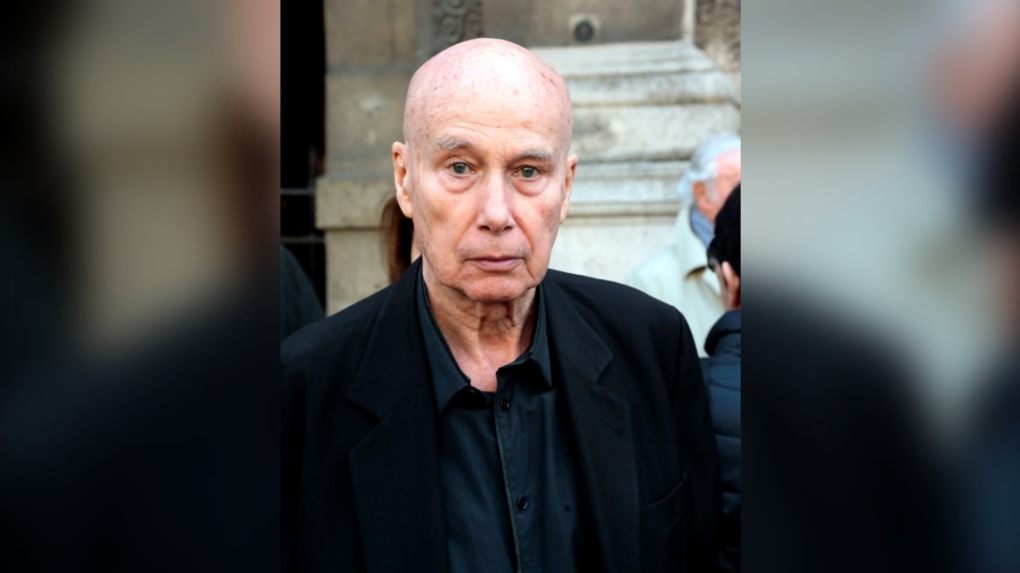 Gabriel Matzneff has denounced Springora's book, saying it attempts to portray him as "a pervert, a manipulator and a predator." (AFP)

PARIS, FRANCE -- Warning: this story contains graphic descriptions that may upset some

Paris prosecutors on Friday opened a rape investigation into the author Gabriel Matzneff, a day after the publication of a book detailing his sexual relationship with a girl of 14 over three decades ago.

The case has attracted huge interest in France, which is only now beginning to scrutinise attitudes after decades of what is seen by some as an overly permissive attitude towards sexual exploitation of women and paedophilia.

The probe was launched after an examination of the book "Consent", published on Thursday, where author Vanessa Springora describes a sexual relationship she had with Matzneff in the mid-1980s when he was 36 years her senior, Paris prosecutor Remy Heitz said in a statement.

Heitz said the inquiry would focus on "rapes committed against a minor" aged under 15.

In "Consent", Springora, 47, now a leading publisher, describes how she was seduced at the age of 14 by Matzneff and how this left lasting scars.

Matzneff, an essay writer long admired by some in French literary circles, never made any secret of his preference for sex with adolescent girls and boys.

Springora had indicated she did not intend to bring a criminal complaint against Matzneff. But the Paris prosecutors used their power to open an investigation of their own accord.

Heitz said that beyond the events described by Springora, the investigation "will work to identify all other eventual victims who could have been subjected to crimes of the same nature in France or abroad".

In France it is against the law to have a sexual relationship with anyone under the age of 15.

It is possible that investigations into Springora's evidence could be restricted by the statute of limitations, which in 2018 was extended to 30 from 20 years for this kind of crime but is not retroactive.

The book comes in the age of #MeToo as France wrestles with a series of accusations by women who say they were exploited by men who often held positions of power.

In one of the most prominent recent cases, French actress Adele Haenel accused film director Christophe Ruggia of constantly harassing her from the age of 12 to 15. She has since filed a complaint against him.

And the controversy has intensified around French-Polish film director Roman Polanski, a fugitive from US justice since 1978 when he admitted to statutory rape of a 13 year-old, after he brought out his new film "An Officer and a Spy".

'Not what we experienced'

Matzneff has denied any wrongdoing and in a lengthy statement sent to the L'Express magazine claimed that there had been an "exceptional love" between him and Springora, and that he did not "deserve the ugly portrait" that had been painted of him.

"No, this is not me, this is not what we experienced together and you know it," said the writer, now 83, denouncing a book that he says tries to portray him as "a pervert, a manipulator and a predator".

In 2013, Matzneff was awarded the Renaudot prize for his essays on international affairs and philosophy, an award one member of the jury has now conceded was a mistake.

"It is clear that he would not have got the prize for one of his intimate journals," jury member Frederic Beigbeder told the Parisien daily. "This prize was a blunder."

Ahead of the book's publication, French ministers rounded on Matzneff, with Culture Minister Franck Riester saying "having a literary aura is not a guarantee of impunity."