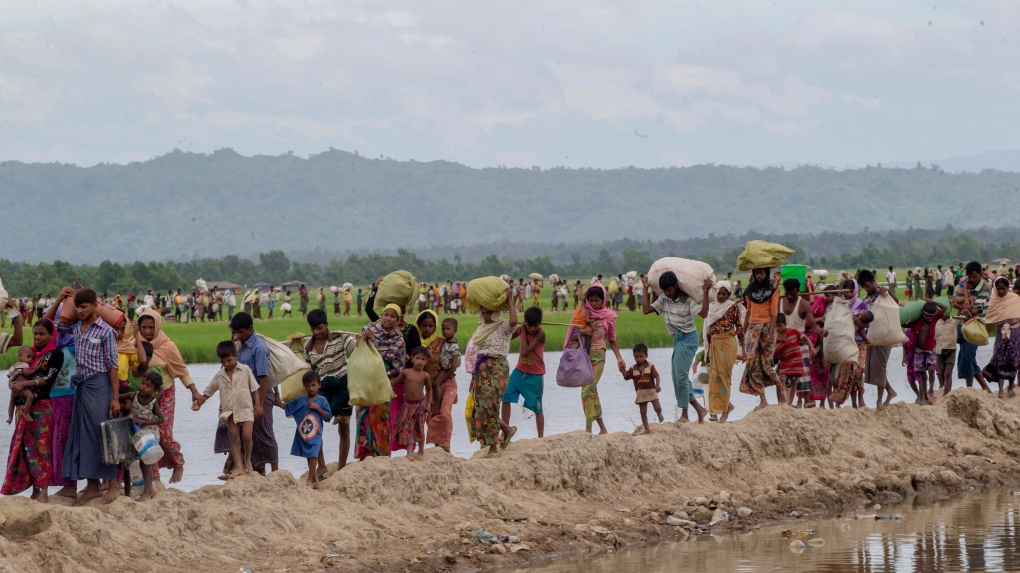 Rohingya Muslims, who spent four days in the open after crossing over from Myanmar into Bangladesh, carry their belongings after they were allowed to proceed towards a refugee camp, at Palong Khali, Bangladesh, Oct. 19, 2017. (Dar Yasin/AP)

The United Nations is appealing for nearly $1 billion for the humanitarian crisis sparked by the flight of about 700,000 Rohingya Muslims from Myanmar to Bangladesh since August.

He says the appeal for $951 million aims to assist 1.3 million people, including 884,000 Rohingya refugees, tens of thousands of others who fled to Bangladesh previously and 336,000 Bangladeshis until the end of this year.