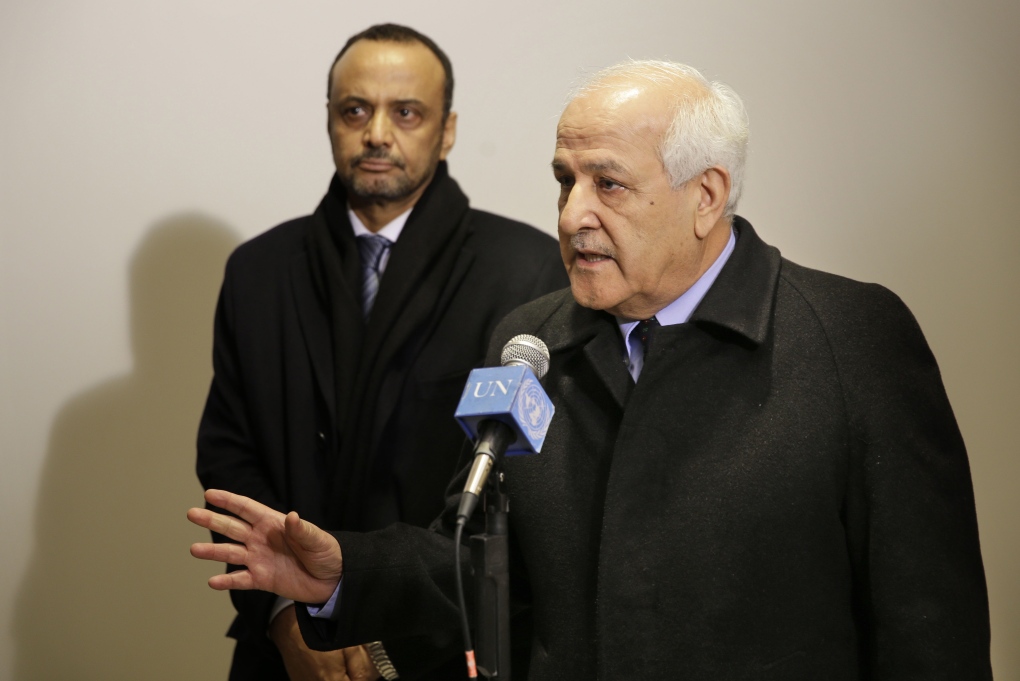 The U.N. Security Council rejected a Palestinian resolution demanding an end to Israeli occupation within three years late Tuesday, a blow to efforts to get the U.N.'s most powerful body to take action to recognize an independent state of Palestine.

The United States, Israel's closest ally, had made clear its opposition to the draft resolution and would have used its veto if necessary. But it didn't have to because the resolution failed to get the minimum nine "yes" votes required for adoption by the 15-member council.

The resolution received eight "yes" votes, two "no" votes -- one from the United States and the other from Australia -- and five abstentions. Until shortly before the vote, council diplomats had expected the resolution to get nine "yes" votes. But Nigeria, which had been expected to vote "yes," abstained.

The defeated resolution would have affirmed the urgent need to achieve "a just, lasting and comprehensive peaceful solution" to the Palestinian-Israeli conflict within 12 months and set a Dec. 31, 2017 deadline for Israel's occupation to end.

It also called for an independent state of Palestine to be established within the 1967 Mideast borders -- before Israel captured the West Bank, Gaza and east Jerusalem -- and demanded "a just solution" to all other outstanding issues, including Palestinian refugees, prisoners in Israeli jails and water.

Canada, also a staunch supporter of Israel, has said it will oppose any unilateral action that is not negotiated by both sides.

In a statement Tuesday, Baird said Canada was calling on members of the UN Security Council to reject the resolution and instead use its influence to urge both sides to sit down without preconditions.

Jordan's U.N. Ambassador Dina Kawar, the Arab representative on the Security Council, said after the vote: "The fact that this draft resolution was not adopted will not at all prevent us from proceeding to push the international community, specifically the United Nations, towards an effective involvement to achieving a resolution to this conflict."

U.S. Ambassador Samantha Power said: "We voted against this resolution not because we are comfortable with the status quo. We voted against it because ... peace must come from hard compromises that occur at the negotiating table."