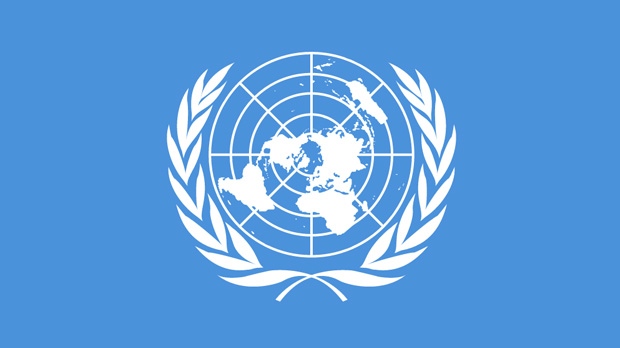 The five candidates endorsed by regional groups faced no opposition after there were no contested races for the first time in several years.

The countries were elected in the first round of voting by the 193-member General Assembly. Lithuania was the top vote-getter with 187 votes followed by Nigeria and Chile with 186 votes, Chad with 184 votes and Saudi Arabia with 176 votes.

Security Council seats are highly coveted because they give countries a strong voice in matters dealing with international peace and security, in places like Syria, Iran and North Korea, as well as the UN's far-flung peacekeeping operations.

The five countries elected Thursday will assume their posts on Jan. 1 and serve through the end of 2015. They will replace Azerbaijan, Guatemala, Morocco, Pakistan and Togo.

"The prestige of a seat at the world's foremost diplomatic table should prompt the new members to get their house in order," he said.

"Chad should put an end to the recruitment of child soldiers, which earned it a spot on the U.N. list of shame," he said. "Saudi Arabia should end its crackdown on human rights activists and grant women their full rights."

Bolopion also criticized Nigeria, saying it should "end chronic abuse by security forces and better protect civilians in the north" from attacks by the Boko Haram terrorist network.

Hillel Neuer, executive director of Geneva-based human rights group UN Watch, accused Saudi Arabia of denying women the right to vote, drive a car or travel without the permission of a male relative. He also accused it of "praising and shielding Sudan" whose president, Omar al-Bashir is wanted by the International Criminal Court for war crimes and crimes against humanity in Darfur.

Neuer said Chad should not have oversight on UN peacekeeping operations as long it employs child soldiers.

Chad, Saudi Arabia and Lithuania have never served on the UN's most powerful body while Nigeria and Chile have both been on the council four times previously.

Seats in the Security Council are allocated by region, and regional groups nominate candidates. There are often hotly contested races. In 2007, for example, a runoff between Guatemala and Venezuela went 47 rounds before Panama was finally elected as the Latin America candidate.

This year, there were initially two candidates for a West African seat but Gambia dropped out last week in favour of Nigeria.

To win, each country must obtain support of two-thirds of all General Assembly members present. Because balloting is secret, there is intense lobbying for votes by candidates, even in uncontested races, to ensure they get the minimum number needed for victory -- and to see who gets the highest vote.