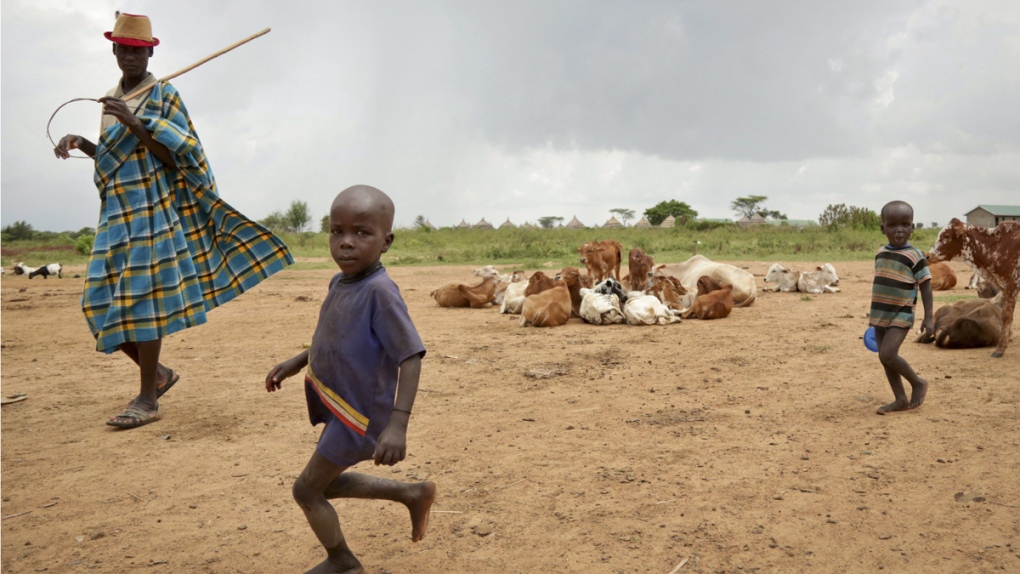 A Karamojong man and children keep watch over their cattle in a semi-arid savannah region of Uganda, on Oct. 18, 2017. (Adelle Kalakouti / AP)

ROME - The United Nations says the number of hungry people in the world is growing and returning to levels from a decade ago, reversing recent trends in large part due to climate change that is wreaking havoc on crop production in much of the developing world.

Major UN agencies said in an annual report Tuesday that the number of hungry people facing chronic food deprivation increased to 821 million in 2017 from 804 million in 2016. South America and Africa showed the worst trends.

The head of the World Food Program, David Beasley, told a news conference in Rome that "this message today should frighten the world."