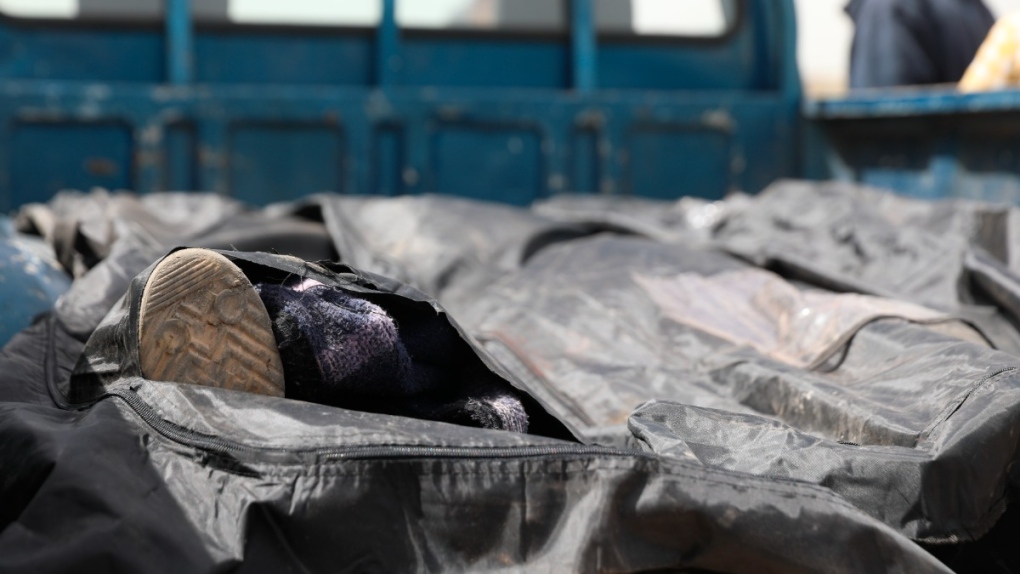 The first 10 years of Syria's conflict, which started in 2011, killed more than 300,000 civilians, the United Nations said Tuesday -- the highest official estimate to date of conflict-related civilian deaths in the country.

The conflict began with anti-government protests that broke out in March 2011 in different parts of Syria, demanding democratic reforms following Arab Spring protests in Egypt, Tunisia, Yemen, Libya and Bahrain that removed some Arab leaders who had been in power for decades.

However, it quickly turned into a full-blown civil war that killed hundreds of thousands and destroyed large parts of the country.

Tuesday's report published by the UN Human Rights Office followed what it said were rigorous assessment and statistical analysis of the available data on civilian casualties. According to the report, 306,887 civilians are estimated to have been killed in Syria between March 1, 2011 and March 31, 2021 because of the conflict.

The figures released by the UN do not include soldiers and insurgents killed in the conflict; their numbers are believed to be in the tens of thousands. The numbers also do not include people who were killed and buried by their families without notifying authorities.

"These are the people killed as a direct result of war operations. This does not include the many, many more civilians who died due to the loss of access to healthcare, to food, to clean water and other essential human rights," said UN High Commissioner for Human Rights Michelle Bachelet.

The report, mandated by the UN Human Rights Council, cited 143,350 civilian deaths individually documented by various sources with detailed information, including at least their full name, date and location of death.

Also, statistical estimation techniques were used to connect the dots where there were missing elements of information. Using these techniques, a further 163,537 civilian deaths were estimated to have occurred.

"The conflict-related casualty figures in this report are not simply a set of abstract numbers, but represent individual human beings," Bachelet said. She added that the work of civil society organizations and the UN in monitoring and documenting conflict-related deaths is key in helping families and communities establish the truth, seek accountability and pursue effective remedies.

The estimate of 306,887 means that on average, every single day, for the past 10 years, 83 civilians suffered violent deaths due to the conflict, the report said. It was based on eight sources of information -- including the Damascus Center for Human Rights Studies, the Center for Statistics and Research-Syria, the Syrian Network for Human Rights, the Syrian Observatory for Human Rights and the Violations Documentation Centre.

Airbnb is rolling out new screening tools to stop parties

Airbnb says it will use new methods to spot and block people who try to use the short-term rental service to throw a party.

Explosions and fires ripped through an ammunition depot in Russian-occupied Crimea on Tuesday in the second suspected Ukrainian attack on the peninsula in just over a week, forcing the evacuation of more than 3,000 people.