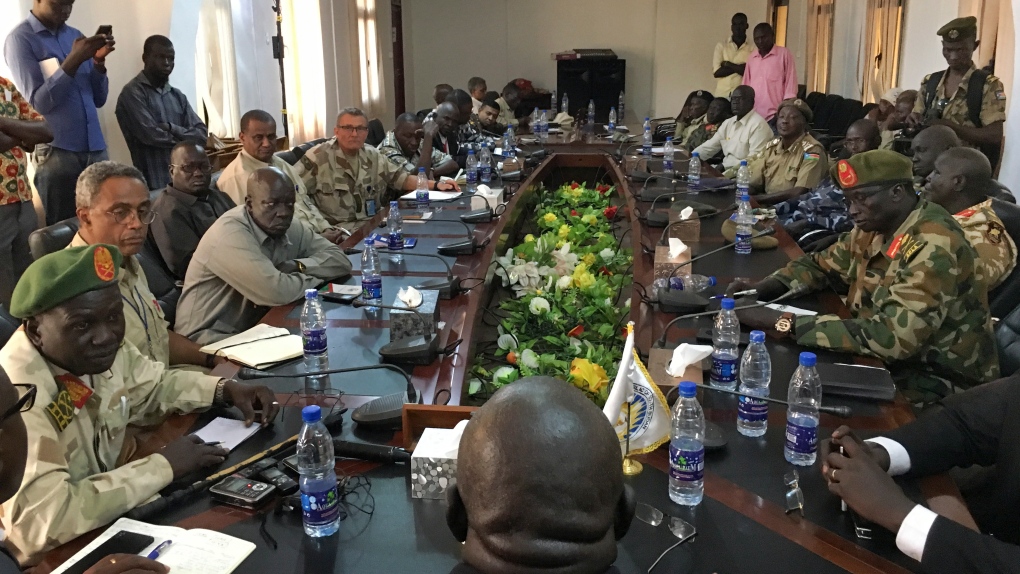 South Sudan is beset by "alarming levels" of sexual and gender-based violence and a desperate humanitarian situation, including severe food shortages, as it attempts to implement the latest peace agreement in a climate of "deep distrust," U.N. experts said.

The panel of experts said in a report to the Security Council that the world's newest nation must deal with the fragmentation of armed groups "and grave human rights abuses, including against children," in addition to the "profound deficit of trust" among almost all signatories to the September peace deal.

But most important, they said, is whether implementing the peace agreement improves the lives of the civilians, many of whom expressed to the experts "profound distrust of a high-level political process that appears increasingly removed from their suffering."

The report, which was circulated Thursday and covers a 45-day period in September and October, stressed that competition for South Sudan's natural resources including oil, gold, teak wood and charcoal remains "central to the conflict" both locally and nationally.

The panel report details cases where armed opposition groups profited from the teak trade in Western and Central Equatoria through taxation and protection payments. It said illicit exploitation and trade in gold continue to benefit both government forces and armed groups.

The experts said they are aware of a number of agreements for advanced payment and direct payment for oil, which accounts for almost 90 per cent of the government's revenue. They warned that these agreements significantly reduce oversight and "increase the risk of misappropriation or diversion" of fund and potentially undermine the fragile September peace deal.

There were high hopes that South Sudan would have peace and stability after its independence from neighbouring Sudan in 2011. But it plunged into ethnic violence in December 2013 when forces loyal to President Salva Kiir, a Dinka, started battling those loyal to Riek Machar, his former vice-president who is a Nuer.

A peace deal signed in August 2015 didn't stop the fighting, and neither did cessation of hostilities agreement in December 2017 and a declaration on June 27. The Sept. 12 power-sharing agreement signed in neighbouring Sudan has so far been fraught with delays, missed deadlines and continued fighting in parts of the country. The government and opposition have said they are committed to implementing it but both sides blame each other for abuses and for violating the deal.

The conflict has killed tens of thousands of people and forced over 4 million to flee their homes -- more than 1.8 million of them leaving the country in what has become one of the world's fastest-growing refugee crisis.

In July, the Security Council narrowly approved a U.S.-sponsored resolution imposing an arms embargo on the entire territory of South Sudan. It has also imposed sanctions on key figures in the conflict.

The experts said that while it's too early to adequately assess the impact and enforcement of the arms embargo, "a number of violations have been noted by the panel."

The panel said it also noted "repeated violations of the travel ban" against some South Sudanese on the sanctions blacklist.

The experts reported that South Sudan Gen. Gabriel Jok Riak, who was put on the sanctions blacklist in May 2015 and was appointed by president Kiir as new head of the army in May, has travelled to China, Uganda and Sudan since July in violation of a travel ban.

The panel said it remains "extremely concerned" about the levels of conflict-related sexual violence and sexual and gender-based violence "despite the peace processes and the commitments made by the parties."

The U.N. peacekeeping mission in South Sudan and U.N. human rights experts recently reported "corroborated accounts by victims and witnesses of women and girls as young as 12 years having been abducted by opposition forces and paraded for commanders to choose as 'wives'," the experts said.

Three of Machar's commanders in charge of forces committing the offences have been identified, the panel said. They were not named.