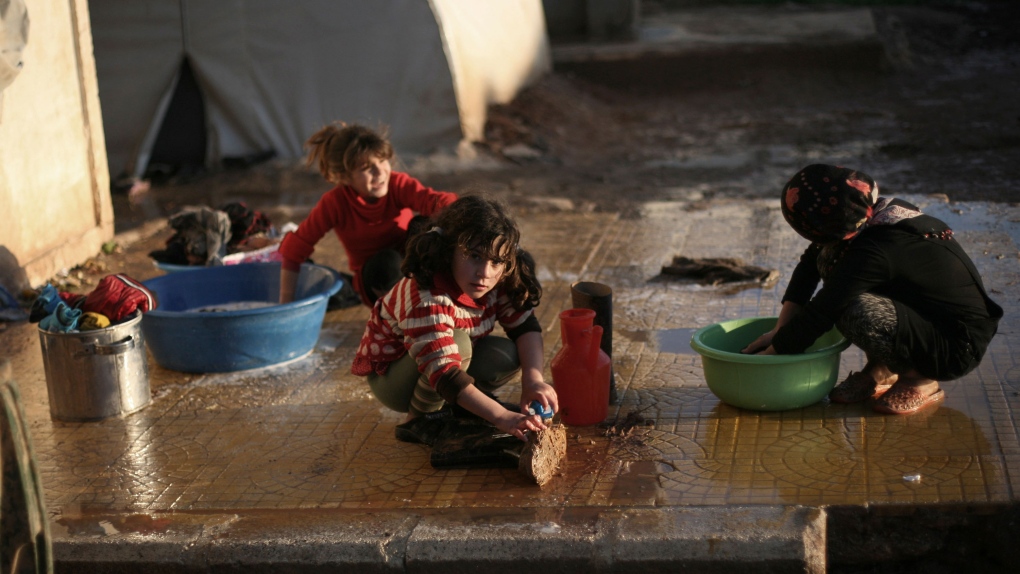 AMMAN, Jordan -- A Syrian opposition leader's call for dialogue is a test for the intentions of President Bashar Assad, the international envoy to Syria said Sunday, as fighting raged between rebels and government forces in at least three Syrian provinces.

Lakhdar Brahimi, the joint U.N.-Arab League envoy to Syria, said the proposal by Mouaz al-Khatib, the president of the opposition coalition, "has opened the door and challenges the Syrian government to fulfil its often-repeated assertion that it is ready for dialogue and a peaceful settlement."

"This initiative is on the table and will be on the table," Brahimi told reporters in Cairo following talks with Arab league chief Nabil Elaraby.

"We believe that if a dialogue begins in one of the U.N. headquarters, at least initially, between the opposition and an acceptable delegation from the Syrian government, it will be a start for getting out of the dark tunnel in which Syria is placed," Brahimi added.

In a statement Friday, the opposition's main umbrella group, the Syrian National Coalition, said it would not allow President Bashar Assad or members of his security services to participate in talks to end the crisis.

It did not rule out, however, dialogue with some members of his ruling Baath party, saying it welcomed talks with "honourable people" from all parts of society who "have not been embroiled in the crimes against the Syrian people."

Still, neither side has proposed a concrete plan for the talks.

Meanwhile, Syrian Parliament Speaker Jihad Laham told fellow lawmakers in a session Sunday that dialogue is the path that must be pursued under a political agenda Assad proposed in January to end the nation's 23-month-old conflict.

"All Syrians must work within the framework of this program to resolve the crisis in the country," Laham said, pleading to "all Syrians, from all sects and orientations, to confront the terrorism facing us."

Addressing the same session, Syrian Prime Minister Wael al-Halqi said the difficult conditions caused by the war and international sanctions placed on Syria "are beyond the capacity and ability of any country to bear."

He said the economic blockade imposed by the European Union, the United States and some Arab states has had a "negative impact" on the health sector, although he did not elaborate.

Rebel attacks, he added, have damaged 2,500 high schools and caused serious power outages, reducing electricity distribution by up to 60 per cent nationwide.

He also blamed a shrinking oil supply -- which he said now meets around 40 per cent of the country's needs -- on rebel attacks on oil refineries.

Also Sunday, anti-regime activists reported sectarian clashes in a rural area between the Syrian town of Qusair and the Lebanese border.

Clashes have grown common in the area between its Shiite and Sunni Muslim villages, whose residents generally back different sides in Syria's civil war.

Most of the rebels fighting to topple Assad are from Syria's Sunni majority, while many of the country's Shiites stand by the regime. The area's residents also have clan and family ties to communities across the porous border with Lebanon.

He and other activists said the Shiite gunmen were from Lebanon's Hezbollah militant group, but provided no proof. A Hezbollah spokesman declined to comment.

The Britain-based Syrian Observatory for Human Rights said the clashes killed 10 rebels and three Shiite gunmen, noting that many Lebanese live in the Shiite villages.

Most of the area's Shiites support Hezbollah.

Earlier Sunday, Syrian Electricity Minister Imad Khamis told the state news agency, SANA, that electricity has been restored in most parts of the Syrian capital and that power would gradually return to the south. He blamed the blackout on an unspecified fault in high-voltage lines.

The power outage plunged Damascus into darkness late Saturday and affected much of southern Syria, mainly the provinces of Daraa and Sweida along the Jordanian border.

A similar blackout struck the same areas on Jan. 20. The government blamed that outage on a rebel attack, and power was restored to most areas the following day.

Also Sunday, an explosion in traffic circle northwest of downtown Damascus killed one person and wounded another, a security official said, speaking on condition of anonymity because he was not authorized to brief the media.

It was unclear what caused the blast in Abbasid Square, which sits on the western side of the neighbourhood of Jobar, where rebels from the suburbs have been trying to push in the capital and clashing with government troops for more than a week.

The U.N. says nearly 70,000 people have been killed in Syria's conflict since the revolt began in March 2011.

In a related development, U.N. High Commissioner for Human Rights Navi Pillay pressed for international action to help stem the bloodshed, but acknowledged that achieving that won't be easy. She alleged that Assad's regime had committed crimes against humanity and should be referred to the International Criminal Court.