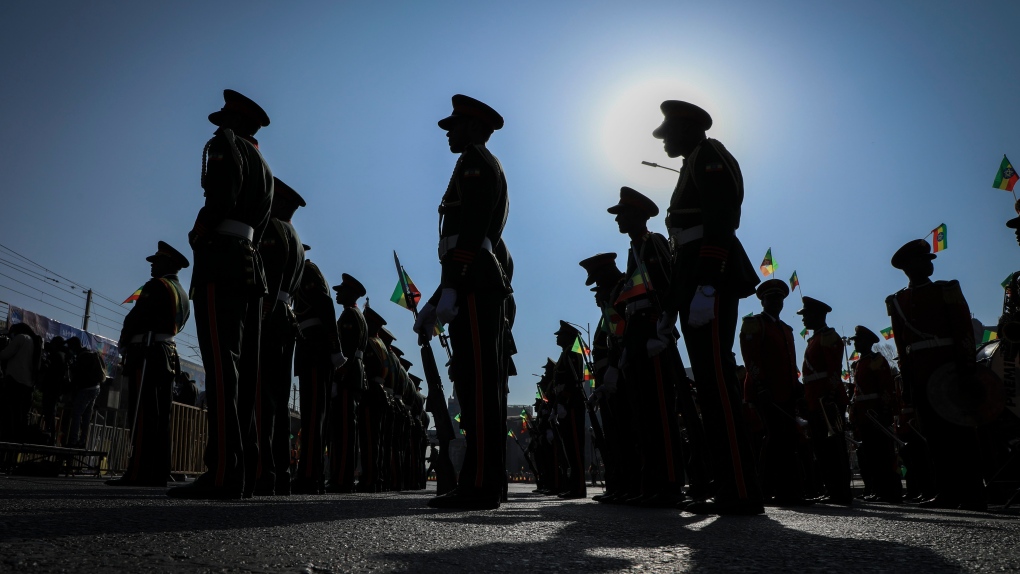 UNITED NATIONS -- The UN chief had a piece of good news Wednesday in the midst of Ethiopia's year-long war against forces from the Tigray region: 157 trucks with food and humanitarian aid arrived in Tigray's capital for the first time in more than six weeks and another aid convoy was moving.

The Tigray region has not received badly needed aid supplies including food, medicines and fuel since the Ethiopian military began hitting Mekelle with airstrikes on Oct. 18. Even before then, the U.N. said just 15% of the needed supply-laden trucks had entered Tigray since mid-July. Hundreds of thousands of people in the region face famine conditions under what the United Nations has called a "de facto humanitarian blockade."

UN spokesman Stephane Dujarric said none of the 157 trucks that reached Mekelle carried desperately needed fuel, which is essential to deliver humanitarian aid.

Nonetheless, Guterres called the resumption of aid deliveries to Tigray and the restarting of UN flights "a good signal,."

He said there was also "a small hint of hope" that they might lead to a "more positive attitude for dialogue" between the warring parties.

Tens of thousands of people have been killed since November 2020 when a political falling-out between the Tigray forces who long dominated the national government and the current administration of Prime Minister Abiy Ahmed erupted in fighting.

Tigray forces in recent months have retaken the Tigray region and brought the fighting into the neighboring Amhara and Afar regions. The government declared a state of emergency in November as Tigray fighters moved closer to Addis Ababa. The UN says more than 2 million people are now displaced overall.

Mahamat said Obasanjo re-established contact between the two parties, shuttling between Addis Ababa and Mekele three times and listening to conditions from both sides for a solution.

The government wants the Tigray forces to go back to their territory and recognize "the legitimacy of the Abiy Ahmed government," he said, while fighters from the Tigray People's Liberation Front want corridors opened for humanitarian supplies, public services restored, and Eritrean forces supporting the government withdrawn.

The Tigray forces say they are pressuring Abiy's government to lift the blockade, but also want the prime minister to step aside. Ethiopia's government earlier this year designated the Tigray forces as a terrorist group, further complicating mediation efforts by Obasanjo and U.S. envoy Jeffrey Feltman for a cease-fire.

"We continue to talk to both sides, but unfortunately the fighting on the ground continues," the AU's Mahamat said. "We've noted in recent days, perhaps, stability is beginning to reign on the front but we do have deep concerns ... for a cease-fire."

"That absolutely must happen. Humanitarian aid needs to reach all those that have suffered from this conflict, and we absolutely need to resolve these problems through political discussions and through dialogue," he said.