UN chief: Islamic State has as much as US$300 million to fight 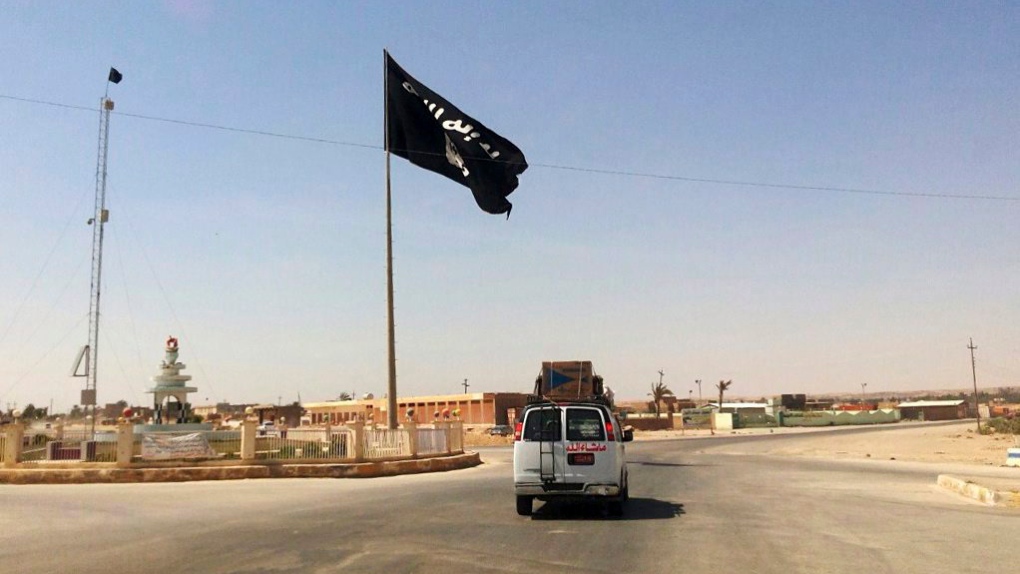 The Islamic State extremist group has been left with as much as US$300 million following the loss of its so-called "caliphate" in Iraq and Syria, "with none of the financial demands of controlling territory and population," Secretary-General Antonio Guterres said in a report released Monday.

The report to the Security Council on the threat posed by ISIS warns that the lull in attacks directed by the militant group "may be temporary."

Last week, U.N. experts said in another report to the council that ISIS leaders are aiming to consolidate and create conditions for an "eventual resurgence in its Iraqi and Syrian heartlands." It said the current lull in attacks "may not last long, possibly not even until the end of 2019."

Guterres said in the new report that while the loss of territory ended the Islamic State group's ability to generate revenue from oil fields and local people, ISIS is believed to be capable of directing funds to support "terrorist acts" within Iraq and Syria and abroad. It said informal money transfer businesses known as "hawaladars" are the most common method.

He said looted antiquities from Iraq may be another source of revenue for ISIS and returnees from the conflict said there was a special unit responsible for selling such objects.

"Details of antiquities traded and the current location of any stored antiquities are assessed to be known only to ISIL leaders," he said.

But the secretary-general said the Islamic State group is also encouraging increased financial self-sufficiency throughout its network of supporters and affiliates elsewhere in the Mideast, Africa and Asia.

Guterres said the evolution of a covert ISIS network in Iraq at the provincial level since 2017 is being mirrored in Syria, with attacks increasing in government-controlled areas.

ISIS personnel, including some senior figures, "are also reported to have taken refuge in governorates where hostilities are ongoing," the U.N. report said.

ISIS insurgency activity in Iraq, including the burning of crops, "is designed to prevent normalization and reconstruction, in the hope that the local population will ultimately blame the Iraqi authorities," Guterres said. "A similar approach is anticipated in the Syrian Arab Republic."

The report also highlights the continuing concerns posed by returning ISIS fighters and their families.

It cited estimates by several unnamed countries that an average of 25% of foreign fighters were killed and 15% are unaccounted for.

"Set against an approximate initial figure of 40,000 who joined the 'caliphate,' these percentages would suggest that between 24,000 and 30,000 foreign terrorist fighters are alive," the report said.

U.N. human rights chief Michelle Bachelet said in late June that more than 55,000 suspected ISIS fighters and their families have been detained in Iraq and Syria. Most are in the custody of the Iraqi government and the U.S.-backed Syrian Democratic Forces, and the alleged fighters come from over 50 countries. More than 11,000 relatives of the fighters are being held at the Al Hol camp in northeastern Syria alone, she said.

The secretary-general warned that "the threats posed in the short-term by adult detainees and in the medium to long-term by minors who are often traumatized and may become increasingly radicalized have the potential to grow more serious, with consequences for social integration and the potential risk of violence, including possible terrorist attacks in the future."

Guterres said the U.N. system is ready to assist countries in reintegrating and rehabilitating men, women and children who are stranded, especially in conflict zones.