UN alarmed by abuse of civilians in growing Myanmar conflict 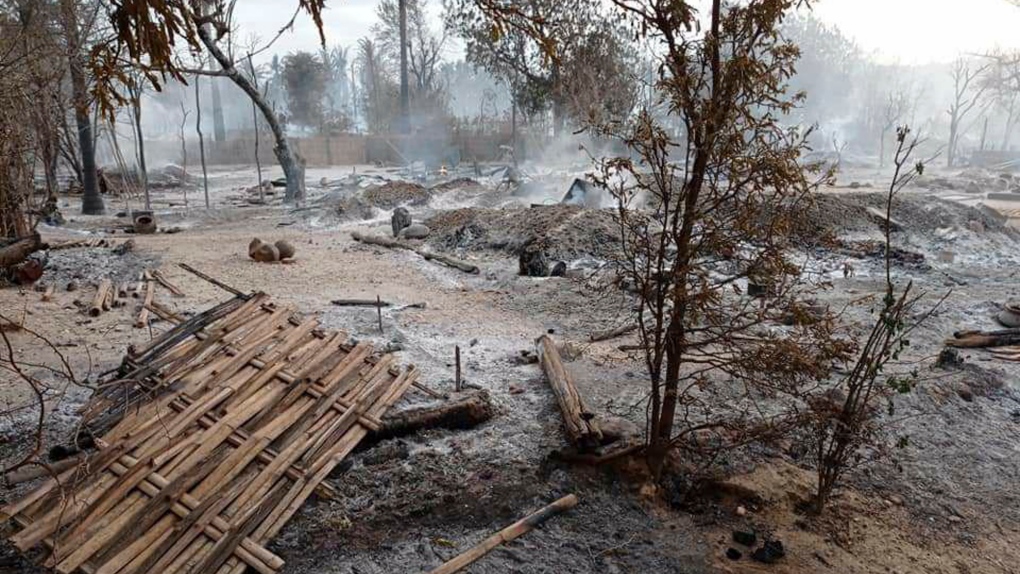 BANGKOK -- The United Nations' office in Myanmar expressed concern Thursday about escalating human rights abuses after reports that a group opposed to the junta may have executed 25 civilians it captured and allegations that troops had burned down a village.

The struggle between the military regime that took power in February after ousting the elected government of Aung San Suu Kyi and those opposing it has sharpened in recent months.

Elements of what had initially been a nonviolent civil disobedience movement have evolved into a fledgling armed resistance force in response to harsh repression from police and soldiers who killed hundreds of peaceful protesters and bystanders.

The statement by the UN office cited abuses by both sides, calling on "all actors in the current crisis to ensure that international human rights norms and standards are respected."

"This includes upholding the obligation to minimize collateral harm to civilians and to civilian infrastructure, and prohibiting the application of collective punishments against communities, families or individuals," the UN office said.

The statement noted the discovery of two mass graves in the eastern state of Kayin, also called Karen, containing the human remains of 25 people "who had reportedly been detained on 31 May by the Karen National Defense Organization," or KNDO.

The KNDO is one of the fighting forces of the Karen National Union, the political organization of the Karen ethnic minority that has been fighting for decades for more autonomy from the central government.

The junta said Sunday that the 25 bodies were those of road construction workers who were detained and killed by the KNDO.

In response, KNDO spokesman Wah Nay Nu was quoted by The Irrawaddy, an independent online news service, as saying the men were not civilians but government military personnel who were spying. Some were shot dead by KNDO forces but others were killed by shelling from government forces, he said.

On Wednesday, however, the Karen National Union said it would investigate and stated that it "follows the Geneva Convention which does not condone the killing of civilians during armed conflict." The statement added that any wrongdoing could be prosecuted, without providing specifics.

The UN statement called for "those responsible for human rights violations to be held accountable, including the perpetrators and their chain of command."

Also in dispute was the burning of Kinma village in the Magway region in Myanmar's heartland on Tuesday.

A resident of the village confirmed to The Associated Press accounts in independent media that government troops were responsible for burning down most of the village's roughly 250 houses, and that an elderly couple unable or unwilling to flee with the rest of the villagers were believed to have died. The villager spoke on condition of anonymity for fear of reprisals by the government.

Government-controlled media, however, reported that "terrorists" had burned the home of someone unsympathetic to their cause, and wind spread the fire to other homes.

The government and its opponents each refer to the other side as "terrorists."

This "reminds us of the systematic burning of villages in North Rakhine state, which we saw in the past and which led to the dramatic exodus of the Rohingya people," Dujarric said.

"The Secretary-General continues to strongly condemn the continued repression by the security forces against civilians across the country, which again is having major regional ramifications and requires a unified international response," Dujarric said.

Noting the discovery of the two mass graves, Dujarric said the United Nations calls on all parties to ensure that international human rights standards are respected including minimizing harm to civilians and civilian infrastructure and prohibiting collective punishment against communities, families or individuals.