U.S. warship warned by Russian ship after challenging claims in Sea of Japan 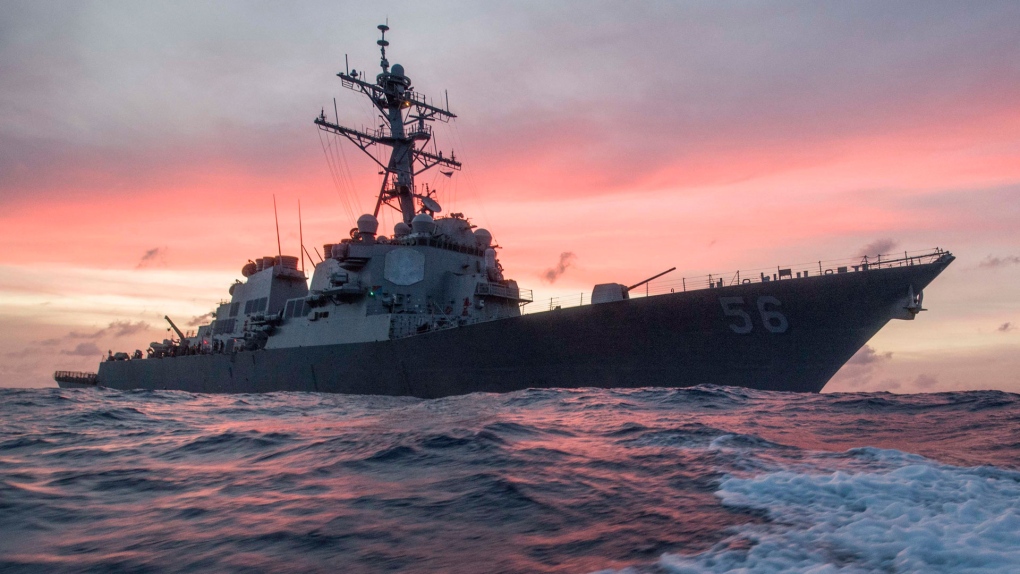 In this Jan. 22, 2017, photo provided by U.S. Navy, the USS John S. McCain conducts a patrol in the South China Sea while supporting security efforts in the region. (James Vazquez/U.S. Navy via AP)

The U.S. Navy challenged what it called Russia's "excessive maritime claims" to waters in the Sea of Japan Tuesday, sailing a warship into an area claimed by Moscow, an act that drew a warning from a Russian ship.

The Russian Defence Ministry said in a statement that the USS John S. McCain had violated Russian waters and that the Russian anti-submarine destroyer Admiral Vinogradov issued a warning to the American ship, threatening to ram it to drive it out of the area.

The Russian statement said that the U.S. ship changed its course following the warning.

The U.S. Navy denied the Russian claim that the threat caused the U.S. ship to leave the area.

"The Russian Federation's statement about this mission is false. USS John S. McCain was not 'expelled' from any nation's territory," Lt. Joseph Keiley, a spokesperson for the Navy's Seventh Fleet, said in a statement.

The incident only serves to increase tensions between the two countries less than two months from U.S. president-elect Joe Biden taking office. Russian President Vladimir Putin is yet to congratulate Biden for his victory over President Donald Trump, who he has enjoyed a warm relationship with.

The U..S does not recognize Russia's claims on the waters, saying that Moscow is not entitled to sovereignty over the area that far exceeds the 12 miles from the Russian coastline guaranteed by international law.

"The operation reflects our commitment to uphold freedom of navigation and lawful uses of the sea as a principle, and the United States will never bow in intimidation or be coerced into accepting illegitimate maritime claims, such as those made by the Russian Federation," Keiley said.

The USS John S. McCain "asserted navigational rights and freedoms in the vicinity of Peter the Great Bay in the Sea of Japan. This freedom of navigation operation upheld the rights, freedoms, and lawful uses of the sea recognized in international law by challenging Russia's excessive maritime claims," Keiley added.

Peter the Great Bay is the largest gulf in the Sea of Japan, also known as the East Sea, and home both to the Russian city of Vladivostok and the Russian Navy's Pacific Fleet.

The 2018 operation was the first time the U.S. had conducted a freedom of navigation operation in that area since 1987, before the breakup of the Soviet Union.