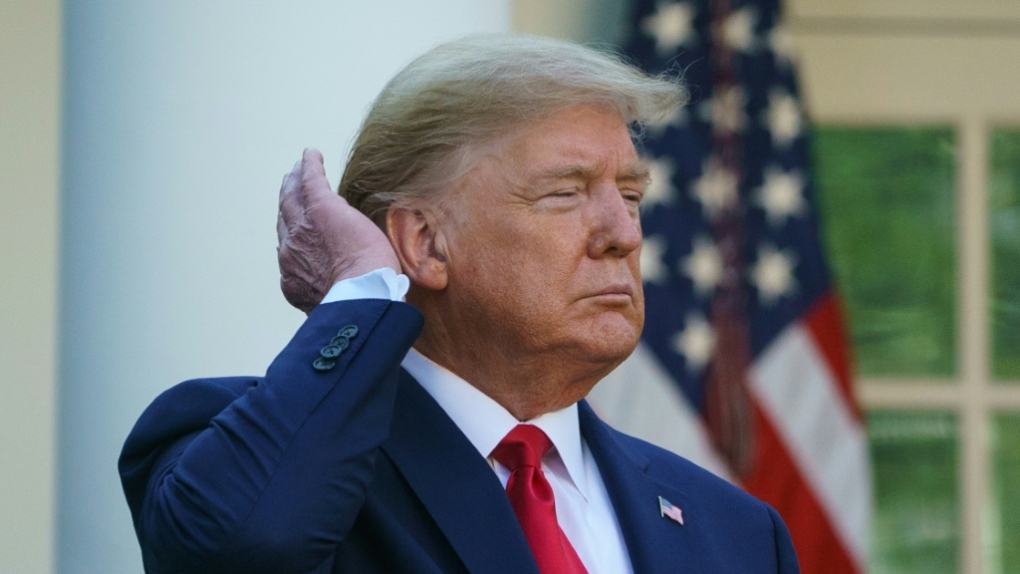 U.S. President Donald Trump has often complained about shower water pressure not being to his liking. (AFP)

WASHINGTON, UNITED STATES -- The U.S. government is looking at easing regulations on shower fittings following complaints from President Donald Trump who has regularly railed against water conservation rules in his quest for "perfect hair."

On Wednesday the Department of Energy (DOE) said it was proposing to amend the definition of a showerhead to allow multiple showerheads on a single fitting, which would get around water conservation measures brought in under president George H.W. Bush.

The 1992 rules established a maximum water use of 2.5 gallons per minute for showers but the amendment means that will apply to each showerhead rather than a single shower fitting.

The announcement comes after Trump complained about the lack of water pressure in showers.

"Showerheads -- you take a shower, the water doesn't come out," he said in July at the White House announcing a rollback in regulations.

"You want to wash your hands, the water doesn't come out. So what do you do? You just stand there longer or you take a shower longer? Because my hair -- I don't know about you, but it has to be perfect. Perfect."

Bathroom fittings and water pressure have long been a bugbear for the president.

In December he told reporters the Environmental Protection Agency would be "looking very strongly at sinks and showers and other elements of bathrooms."

"They take a shower, the water comes dripping out, it's dripping out very quietly, people are flushing toilets 10 times, 15 times as opposed to once, they end up using more water," Trump said.

"So EPA is looking at that very strongly, at my suggestion."

"DOE proposed a rule to approve new showerheads that waste enormous amounts of water and energy, which would increase utility bills and greenhouse gas emissions," he said in a blog post.