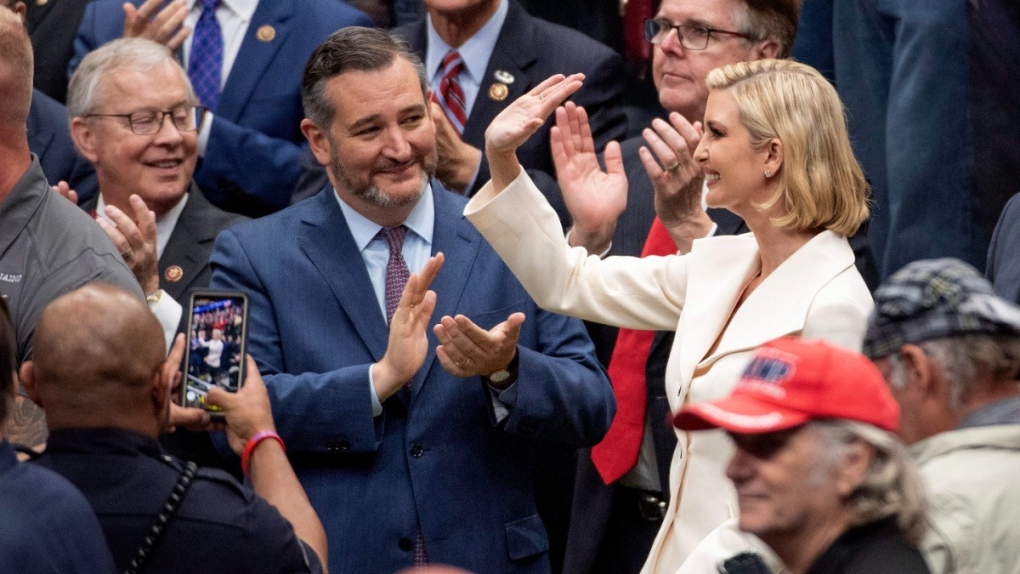 The latest conservative attack on a major campaign finance law goes before the U.S. Supreme Court on Wednesday in Senator Ted Cruz's bid to undo a provision limiting the amount of money candidates can be reimbursed for personal loans to their own campaigns - a cap proponents call an anti-corruption measure.

Cruz, backed by fellow Republicans, has argued that the US$250,000 loan repayment cap violates the U.S. Constitution's First Amendment guarantee of freedom of speech by unjustifiably burdening political expression.

The provision is part of a bipartisan 2002 law that already has been chipped away at by the Supreme Court including in a landmark 2010 ruling that allowed unlimited independent spending by corporations and unions during elections as constitutionally protected free speech. The court has a 6-3 conservative majority.

The justices are set to hear arguments starting at 10 a.m. EST (1500 GMT) in an appeal by Democratic President Joe Biden's administration, acting on behalf of the Federal Election Commision (FEC), of a lower court ruling in favour of Cruz.

The FEC, which is defending the law, has said the provision was enacted to deter corruption as it prevents political donors from making contributions after an election that flow directly to a candidate.

Cruz was first elected to represent Texas in the Senate in 2012. Cruz sued the FEC, which enforces election laws, after his successful 2018 Senate re-election race against Democratic rival Beto O'Rourke. Cruz had lent his campaign organization $260,000 but was limited by the law to a $250,000 reimbursement from his campaign.

The FEC has argued that Cruz does not have the proper legal standing to bring the challenge because he deliberately loaned his campaign more than the cap specifically in order to file his lawsuit.

Senate Republican Leader Mitch McConnell, a longtime critic of the 2002 law who was the lead plaintiff in a 2003 Supreme Court case in which the justices upheld various provisions, filed a brief backing Cruz. McConnell asked the justices to take the unusual step of striking down the law as a whole, including restrictions on the ability of political parties to raise and spend money.

"There is no reason to let BCRA limp along, no need for further piecemeal surgery by this court: the court should strike the entire statute," McConnell's lawyers told the justices.

Although Biden's administration is defending the law, no Democratic politicians have filed briefs in the case on either side.

Campaign finance watchdogs have backed the FEC in the case, saying that lifting the cap would increase expectations by political donors for official favors by allowing people and corporations to donate directly to a winning candidate after Election Day.

Cruz's lawyers have said the provision at issue serves no anti-corruption purpose, noting that campaigns can use donations to repay candidate loans before the election.

Like a related provision that the Supreme Court struck down in 2008 that let candidates raise more money than normally allowed if their opponent was self-financed, the loan repayment cap was aimed to protect incumbents facing wealthy challengers, according to Cruz's lawyers.

A Washington-based panel of three federal judges in June 2021 unanimously struck down the provision as unconstitutional.

(Reporting by Lawrence Hurley and Andrew Chung; Editing by Will Dunham)

Eleven newborn babies have died after a fire that broke out in the neonatal department at the Mame Abdou Aziz Sy Dabakh Hospital in the western Senegalese city of Tivaouane, said the country's president Macky Sall on Thursday.