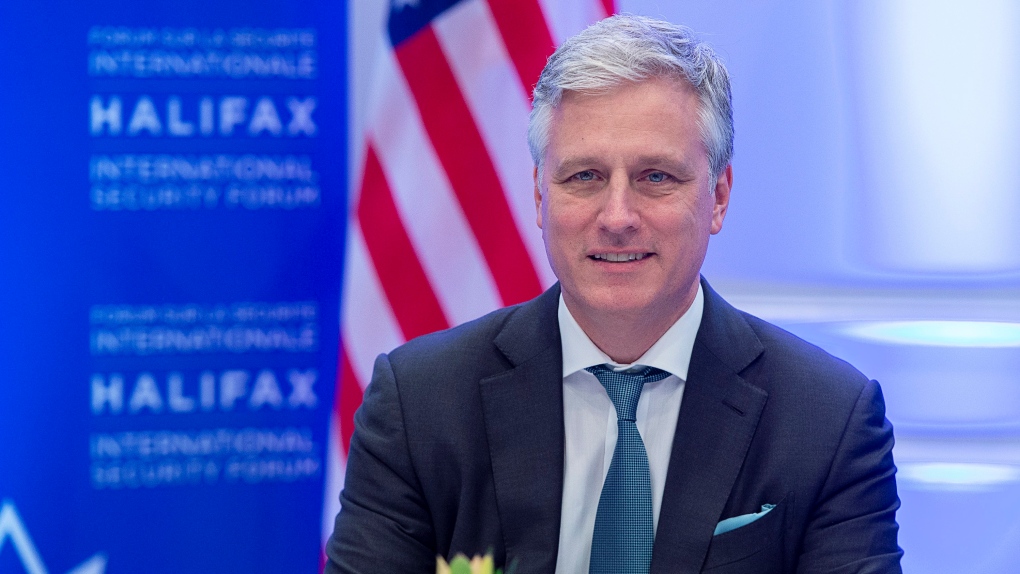 HALIFAX, Nova Scotia (AP) — U.S. President Donald Trump’s new national security adviser is criticizing what he says is silence from the rest of the world over China’s confinement of more than 1 million Muslims in reeducation camps, linking the lack of a global outcry to China’s economic clout.

National Security Adviser Robert O’Brien also questioned whether international leaders will stand up if Beijing carries out a Tiananmen Square-style crackdown on the pro -democracy protests in Hong Kong.

O’Brien met with journalists and was interviewed by a moderator at the Halifax International Security Forum on Saturday.

O’Brien said the lack of criticism is especially surprising from Islamic states.

China is estimated to have detained up to 1 million minority Muslims Uighurs in prisonlike detention centers. The detentions come on top of harsh travel restrictions and a massive state surveillance network equipped with facial recognition technology.

China has denied committing abuses in the centers and has described them as schools aimed at providing employable skills and combating extremism.

China and the U.S. are locked in a mutual trade war, and the Trump administration has alternated between blasting the country’s leadership and reaching out to it. Trump imposed tariffs last year on billions of dollars’ worth of Chinese exports to the U.S., seeking to ramp up pressure for changes in Chinese trade and investment policies.

China has retaliated with tariff hikes of its own.

O’Brien said an initial trade agreement with China is still possible by the end of the year, but said the U.S. won’t take a bad deal and won’t ignore what happens in Hong Kong.

“What the Chinese are doing makes Facebook and Google look like child’s play as far as collecting information on folks. Once they know the full profile of every man, woman and child in your country, how are they going to use that?” he asked.

Dolkun Isa, President of the World Uyghur Congress, said at Saturday’s conference that Trump himself has not addressed the camps publicly. Isa said his mother recently died in one of the camps.

O’Brien responded that the administration has spoken out about it. Secretary of State Mike Pompeo is among the Trump officials who have raised China’s mistreatment of the Muslim Uighur minority, including citing it as a violation of religious freedom in a speech last month.

O’Brien declined to say what the U.S. would do if there were a crackdown in Hong Kong that rivals the Tiananmen Square in 1989. More than 100,000 Americans and over 300,000 Canadians live in Hong Kong.

“I don’t want to get into tools or what the U.S. might or might not do,” he said

“But much of the world and many or our allies, and many of the countries represented at this conference, have been willing to forget Tiananmen Square and are heavily engaged in business with China.”

O’Brien is the fourth person in two years to hold the job of national security adviser. He previously served as Trump’s chief hostage negotiator. O’Brien made headlines in July when he was dispatched to Sweden to monitor the assault trial of American rapper A$AP Rocky.

As the special presidential envoy for hostage affairs at the State Department, O’Brien worked closely with the families of American hostages and advised administration officials on hostage issues.