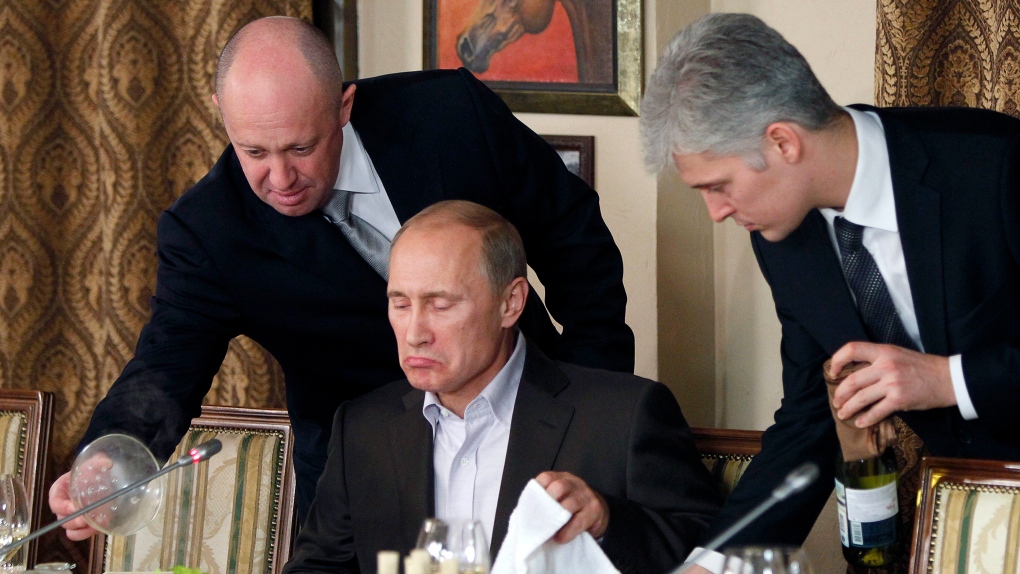 WASHINGTON -- In its toughest challenge to Russia to date, the Trump administration accused Moscow on Thursday of an elaborate plot to penetrate America's electric grid, factories, water supply and even air travel through cyber hacking. The U.S. also hit targeted Russians with sanctions for alleged election meddling for the first time since U.S. President Donald Trump took office.

The list of Russians being punished includes all 13 indicted last month by special counsel Robert Mueller, a tacit acknowledgement by the administration that at least some of Mueller's Russia-related probe has merit.

Trump has repeatedly sought to discredit Mueller's investigation into Russian interference in the presidential election, but the sanctions appeared to rely on the special counsel's legal conclusions in deciding who should be named. The sanctions freeze any assets the individuals may have in U.S. jurisdictions and bar Americans from doing business with them.

The named Russians -- 19 in all -- are unlikely to have any assets in the United States that would be covered, making the move largely symbolic. But it could help inoculate the president from persistent claims he's afraid or unwilling to stand up to Russian President Vladimir Putin or to fight back against efforts to undermine America's democracy and domestic affairs.

"We're going to be tough on Russia until they decide to change their behaviour," said White House spokeswoman Sarah Huckabee Sanders. At the same time, she left open the possibility of better U.S.-Russia co-operation, arguing that "if we can work together to combat world threats on things like North Korea, then we should."

U.S. national security officials said the FBI, Department of Homeland Security and intelligence agencies determined Russian intelligence and others were behind a broad range of cyberattacks starting a year ago. Russian hackers infiltrated the networks that run the basic services an Americans rely on each day: nuclear, water and manufacturing facilities like factories.

The officials said the hackers chose their targets methodically, obtained access to computer systems, conducted "network reconnaissance" and then attempted to cover their tracks by deleting evidence of the intrusions. The U.S. government has helped the industries expel the Russians from all systems known to have been penetrated, but additional breaches could be discovered, said the officials, who briefed reporters on condition of anonymity to discuss sensitive national security information.

The U.S. accusations and accompanying sanctions mark a stepped-up attempt by Trump's administration to show it's adequately confronting Russia over hacking, election meddling and general efforts to compromise Western democracies and infrastructure. Trump on Thursday also joined the leaders of Britain, France and Germany in blaming Moscow for the poisoning of an ex-Russian spy who was living in England.

The sanctions prompted a swift threat of retaliation from Russia's government, which said a response was already being prepared. Deputy Foreign Minister Sergei Ryabkov suggested the Trump administration had timed the action to taint this weekend's presidential election in Russia, in which President Vladimir Putin is expected to win an overwhelming victory.

"It is tied to U.S. internal disorder, tied of course to our electoral calendar," Ryabkov was quoted as saying by the Russian state news agency Tass.

Altogether, 19 Russians were cited. Also sanctioned were five Russian companies, including the Internet Research Agency, which is accused of orchestrating a mass online disinformation campaign to affect the U.S. presidential election result.

The U.S. Treasury Department announced the sanctions amid withering criticism in the U.S. accusing Trump and his administration of failing to use its congressionally mandated authority to punish Russia. The sanction targets include officials working for the Russian military intelligence agency GRU.

The sanctions are the first use of the new powers that Congress passed last year to punish Moscow for interfering in the election that Trump won over Democrat Hillary Clinton.

Yet Russia hawks in Congress deemed it too little, too late.

And Democrats homed in on the fact that the list of Russians hit with sanctions included all of those indicted by Mueller. That shows the administration believes the investigation is legitimate, they argued.

Senate Democratic leader Chuck Schumer of New York said the sanctions prove that Mueller's "investigation is not a 'witch hunt' as the president and his allies have claimed." He said, "It's more clear than ever that the president must not interfere with the special counsel's investigation in any way."

The Treasury Department said the GRU and Russia's military both interfered in the 2016 election and were "directly responsible" for the NotPetya cyberattack that hit businesses across Europe in June 2017, causing billions of dollars in damage by disrupting global shipping, trade and medicine production. Treasury said that the attack caused several U.S. hospitals to be unable to create electronic medical records for more than a week.

Among those affected were Yevgeny Prigozhin, who is known as "Putin's chef" and who ran the St. Petersburg-based Internet Research Agency, and 12 of the agency's employees. They were included in Mueller's indictment last month.

The Russian agency "tampered with, altered or caused a misappropriation of information with the purpose or effect of interfering with or undermining election processes and institutions," specifically the 2016 U.S. presidential race, the U.S. said.