U.S. says no bailout for Lebanon, calls for change 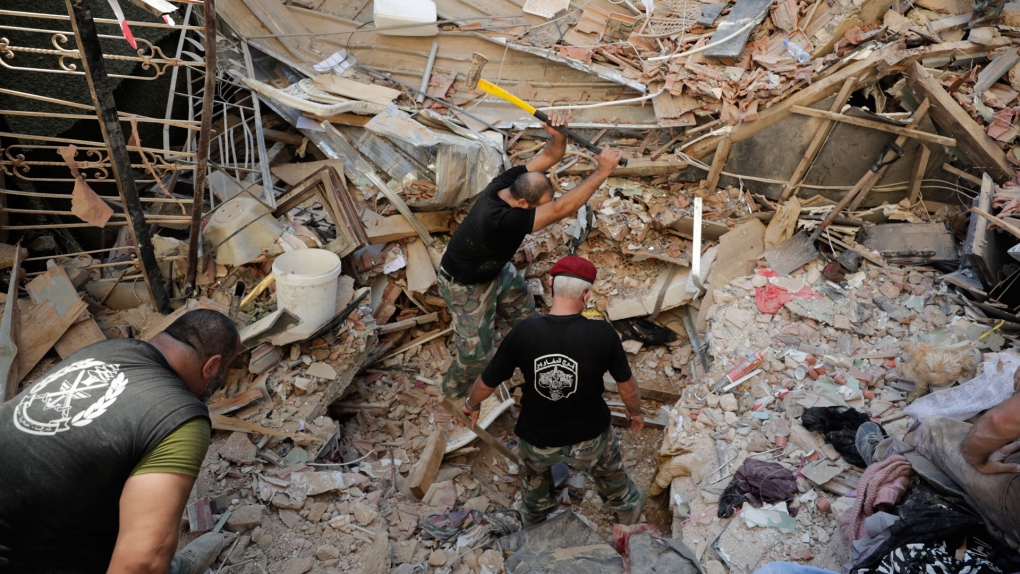 BEIRUT -- There can be no financial bailout for Lebanon, a senior U.S. official said Saturday, calling on the country's political leaders to heed popular calls for change, real reform and an end to endemic corruption.

David Hale, U.S. undersecretary of state for political affairs, said the U.S. and its allies will respond to “systemic reforms with sustained financial support.” He also called for a thorough and transparent investigation into the Aug. 4 blast that killed nearly 180 people and wounded thousands.

He said an FBI team is arriving this weekend to take part in the probe at the invitation of Lebanese authorities.

Hale arrived in Beirut on Thursday, where he met with volunteers helping out at the site of the blast, as well as the country's top political and religious leadership.

“America calls on Lebanon's political leaders to finally respond to the people's longstanding and legitimate demands and create a credible plan - accepted by the Lebanese people - for good governance, sound economic and financial reform, and an end to the endemic corruption that has stifled Lebanon's tremendous potential,” he said.

“But as the dozens of young activists and volunteers I met so bluntly demanded, there can be no bailout,” Hale said in a recorded message posted on the U.S. Embassy website Saturday.

Hale's comments were in line with Washington's message before the visit. But he didn't detail whether the U.S. and Western allies are ready to support a government in which Lebanon's powerful Iran-backed Hezbollah group has clout.

After visiting the site of the blast, Hale called for the state to exercise control over its borders and ports, in a clear reference to claims Hezbollah group controls them.

“We can never go back to an era in which anything goes at the port or borders of Lebanon,” Hale said.

Washington and its allies consider the Iran-backed group Hezbollah a terrorist organization, and have accused it of abusing government funds and undermining state authority. There was speculation in the local media that Hale would be pushing for a government that excludes the group.

In a clear message, Hezbollah's leader Hassan Nasrallah said his group is pushing for a national unity government that has wide political representation and backing. Seeking a “neutral government,” he said, would be “a waste of time.”

Popular anger has been building up in Lebanon against the ruling elite's corruption, mismanagement and political uncertainty many blame for pushing the country toward bankruptcy and poverty.

The blast only increased the public's rage. The cause of the fire that ignited nearly 3,000 tons of ammonium nitrate at Beirut's port remains unclear. Documents have emerged showing the country's top leadership and security officials were aware of the chemicals stored at the port.

Many Lebanese are calling for an independent international probe, saying they don't trust the long-entrenched political factions to allow any results to come to light that are damaging to their leadership.

Under pressure, Lebanon's government resigned Aug. 10 and is serving in a caretaker capacity. So far, there are no formal consultations underway on who will replace Hassan Diab as prime minister and no likely candidate has emerged.

But the flurry of diplomatic visits appeared designed to influence the forming of the new government.

Western leaders have said they will send aid directly to the Lebanese people and that billions of dollars will not be pumped into the country before major reforms take place.

Hale said the United States has so far donated $18 million to the Lebanese people in terms of food and other essential and is preparing to work with Congress for an additional $30 million to ensure the flow of grains after the capital's silos were destroyed in the blast. The aid, he said, will be handled directly by the World Food Program.

Coinciding with Hale's visit was that of the Iranian Foreign Minister Jawad Zarif who said Western nations are exploiting Lebanon's disaster to push their political dictates. Iran is Hezbollah's main foreign backer and has provided the group with financial and technical support throughout the years.

Rochdi said most donors have asked that aid be channeled through the U.N., which she said would be co-ordinated with Lebanon's armed forces to ensure access.

Also on Saturday, families and friends buried Ralph Malahi, a 23-year old firefighter who was among 10 firefighters killed in the explosion.

Malahi was given a hero's funeral in Beirut. Lifting Malahi's coffin, thousands paraded through different parts of the city, firing weapons into the air in commemoration.

Malahi is the seventh firefighter to be retrieved from under the debris in the port at the scene of the blast. Three remain missing.

Malahi's mother, weeping, blamed the government for her son's death. “Why did you not evacuate the port?” she said, in reference to the government's knowledge that highly explosive material was stored at the port.