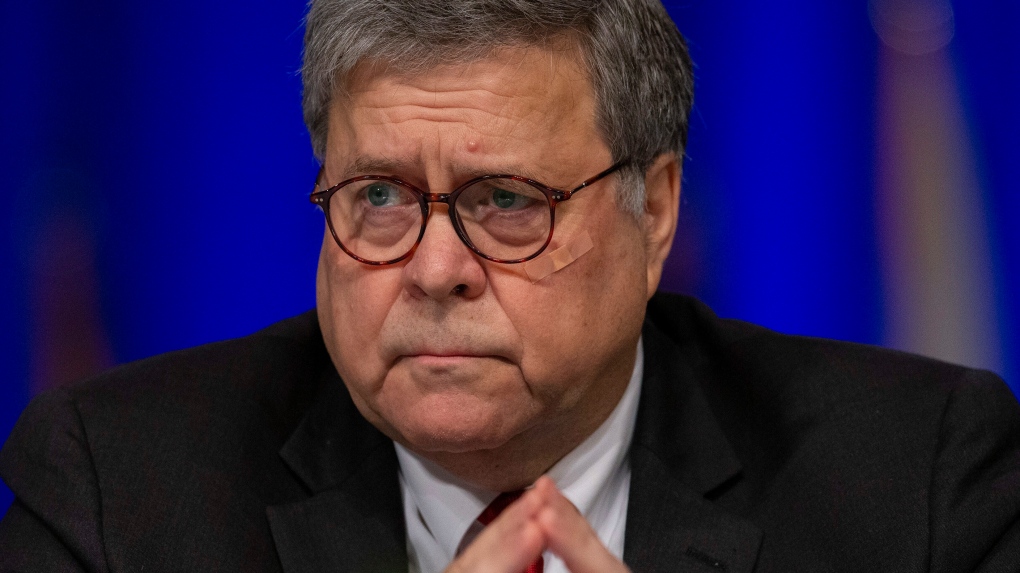 The U.S. Justice Department has rushed to change the rules around federal death penalties as they expedite a slew of scheduled executions in the final days of the Trump administration, including expanding possible execution methods to include electrocution and death by firing squad.

The approved amendment to the "Manner of Federal Executions" rule gives federal prosecutors a wider variety of options for execution in order to avoid delays if the state in which the inmate was sentenced doesn't provide other alternatives.

The rule was included among three dozen policy changes President Donald Trump is attempting to push through before the end of his term. The proposed changes were first reported by ProPublica.

Attorney General William Barr and the Office of Information and Regulatory Affairs pushed the rule forward. Once the approved amendment is published in the Federal Register -- which could come as early as Friday, according to a Justice Department official -- it will become effective in 30 days.

It ultimately may be moot since President-elect Joe Biden campaigned to abolish the federal death penalty and four of the five inmates scheduled for execution already have their manner selected -- lethal injection.

The Justice Department did not provide comment on why the new rule was made.

The proposed amendment, which was published in August, calls for alternative means for federal executions if the lethal injection is not available in the state in which a defendant is given a sentence of death.

It also suggests that if the state where the crime occurred does not permit death sentences, a judge can designate another state with those laws and utilize their facilities to carry out the execution.

But a Justice Department official said "the federal government will never execute an inmate by firing squad or electrocution unless the relevant state has itself authorized that method of execution."

Attorneys involved in death penalty cases have argued that the use of "non-prescribed" pentobarbital lethal injection is a violation of the Food, Drug, and Cosmetic Act and subjects an inmate to suffer "the effects of flash pulmonary edema" -- a respiratory condition where fluid quickly floods the lungs, according to court documents.

Those arguments have been shut down by the Supreme Court and a federal judge, which have ruled it is not "certain" or "likely" that such an event could take place if the lethal injection is used and that it does not rise to the level of a Constitutional violation of "cruel and unusual punishment," according to court documents.

Earlier this year, Oklahoma resumed executions after a 2015 incident where Clayton Lockett, a death row inmate, received the wrong drug for the lethal execution. Lockett died of a heart attack 43 minutes after receiving the injection, according to earlier reports.

There are 28 states that allow federal and state executions, and the lethal injection is the primary manner of execution. At least nine of those states allow for alternative methods such as electrocution, lethal gas, firing squad and hanging. Hangings were not mentioned in the amended rule.

"No one on federal death row committed the offense in a state that uses the firing squad to execute prisoners," Robert Dunham, executive director of the Death Penalty Information Center, said on Twitter Thursday.

When the Justice Department's rule is published for future death penalty cases, prosecutors could request that the judge transfer the case to another state like Oklahoma, Utah, or Mississippi, where firing squads are allowed.

Barr announced on November 20 the schedule for the last three death row inmates before Biden is sworn in, and two are expected next month. If all the executions scheduled since July are completed, the Trump administration will have put the most federal inmates to death during a presidential transition since 1884, Dunham told CNN on Monday.

Four of the inmates, including Brandon Bernard -- the youngest in the United States to be sentenced to death for a crime he committed as a teenager -- and Lisa Montgomery -- the only woman on federal death row, who would be the first to be executed in nearly 70 years -- are expected to receive the lethal injection.

Montgomery was granted a stay on her execution until December 31 after her attorneys were diagnosed with the coronavirus. Her execution date is set for January 12.

The Trump administration has rejected Montgomery's request for a reprieve. Bernard's last request to stay his execution was denied by the Supreme Court last week.

Dustin Higgs, who in 2000 was the first person in Maryland to be sentenced to federal death row, does not have a manner of execution determined. Higgs' attorney did not return a request for comment.

There are 54 people currently on federal death row. Bernard's is the next scheduled execution on December 10.