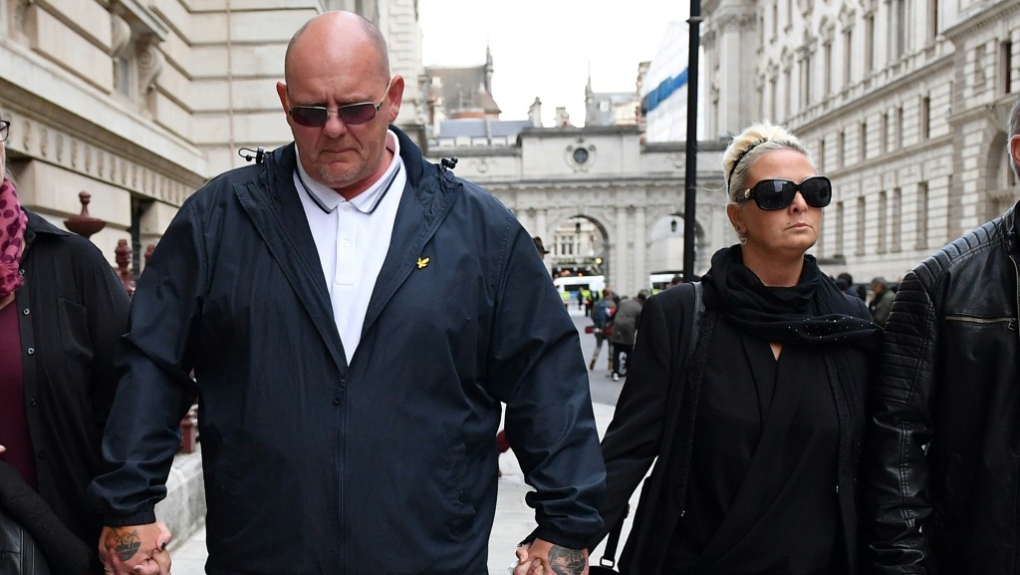 Charlotte Charles (R) and Tim Dunn have asked the United States to extradite to Britain the American suspected of killing their son in a road accident in England. (AFP)

LONDON, UNITED KINGDOM -- Britain on Friday rebuked the United States for refusing to extradite a diplomat's wife charged over a car crash that killed a British teenager, calling it a "denial of justice."

The case of Anna Sacoolas has been a thorn in London's close relations with Washington, stirring up debates over the limits of diplomatic immunity in cases unrelated to national security.

"We are disappointed in this decision, which appears to be a denial of justice," a spokeswoman for the Home Office said.

"We are urgently considering our options."

Briton Harry Dunn died in August when his motorcycle collided with a car driving on the wrong side of the road near an airbase in Northamptonshire, central England, which is used by the U.S. military as a communications hub.

Sacoolas, who has admitted to being the driver, was charged by British police with causing death by dangerous driving.

However, she has cited immunity while refusing to return to Britain to face justice, as Dunn's parents have demanded.

The parents of the 19-year-old were informed of U.S. Secretary of State Mike Pompeo's decision in a phone call with their MP on Thursday and "were not at all surprised," a family spokesman said.

"This is a lawless, corrupt administration that appears intent on attacking even its closest international ally," Radd Seiger said.

"If Trump and Pompeo think this is an end to the matter, they have another thing coming to them," he added, saying the family would meet with the government to discuss their next steps.

Dunn's parents, Charlotte Charles and Tim Dunn, visited the White House in October to meet Trump, who they called warm and welcoming but they criticised the White House's attempts to engineer a snap meeting with Sacoolas, who was in a room next door with photographers.

The U.S. State Department confirmed it had rejected the request, saying Sacoolas had immunity from criminal jurisdiction during her stay in the U.K.

"If the United States were to grant the U.K.'s extradition request, it would render the invocation of diplomatic immunity a practical nullity and would set an extraordinarily troubling precedent," it said in a statement.

The case has been a political headache for Prime Minister Boris Johnson, who is cultivating trade relations with Washington in a bid to offset the potential damage of Britain's withdrawal from the EU.

Trump has called the crash a "terrible accident," saying it was common for Americans in Britain to have difficulty driving on the left side of the road.