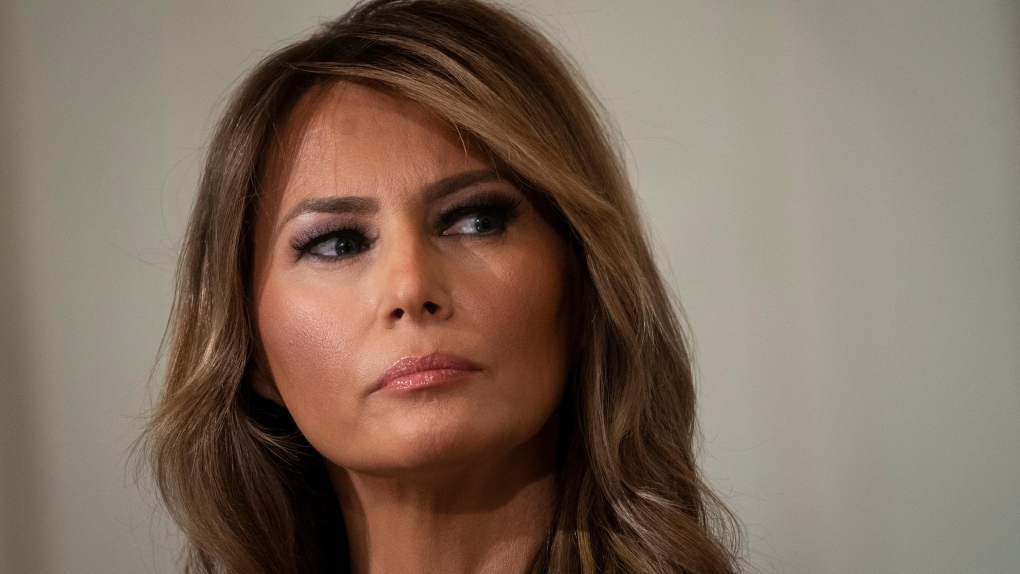 First lady Melania Trump, seen here in 2020, has broken her silence on the Capitol insurrection incited by her husband in a letter posted on the White House website on Jan. 11. (Drew Angerer/Getty Images/CNN)

SASKATOON -- A U.S. pastor has gone on leave after preaching that men marry women for sex and that wives should lose weight and aspire to resemble former first lady Melania Trump.

In a sermon last Sunday, Pastor Stewart-Allen Clark of Malden First General Baptist Church in Missouri said wives should lose weight and maintain their appearances in order to keep their husbands’ attention. Although the church hasn’t publicly posted the video, a lengthy snippet of the sermon was widely circulated online, garnering thousands of views.

“Now look, I’m not saying every woman can be the epic, epic trophy wife of all time like Melania Trump. I’m not saying that at all," Clark said, as a photo of Trump appeared on a screen behind him. "Most women can’t be trophy wives, but you know, maybe you’re a participation trophy. I don’t know, but all I can say is not everybody looks like that. Amen! Not everybody looks like that. But you don’t need to look like a butch either.”

He also went on to make excuses for his sexist diatribe, saying, “Ladies, it’s the way God made us. It’s the way we are. Men are going to look. He made us to look. You want them to be looking at you. Don’t let yourself go.”

But criticism was swift. Later that morning, Reagan Williams, who posted the sermon on Facebook on Feb. 28, captioned the video saying, “On this lovely Sunday morning I spent my time getting ready listening to a head pastor in Malden who so nonchalantly decided to exercise pastoral abuse towards women."

Thousands of comments flooded her post accusing the pastor of being sexist, misogynist and perpetuating antiquated, negative tropes about woman and men.

“General Baptists believe that every woman was created in the image of God, and they should be valued for that reason. Furthermore, we believe that all individuals regardless of any other factors are so loved by God that Christ died for them,” the post read. “The sermon included comments that are not consistent with the positions and values of General Baptists.”

The post added that Clark will no longer moderate an upcoming meeting for the General Association of General Baptist.

Then, last Tuesday, Clark’s own church posted a statement saying he had “taken a leave of absence and is seeking professional counseling.”