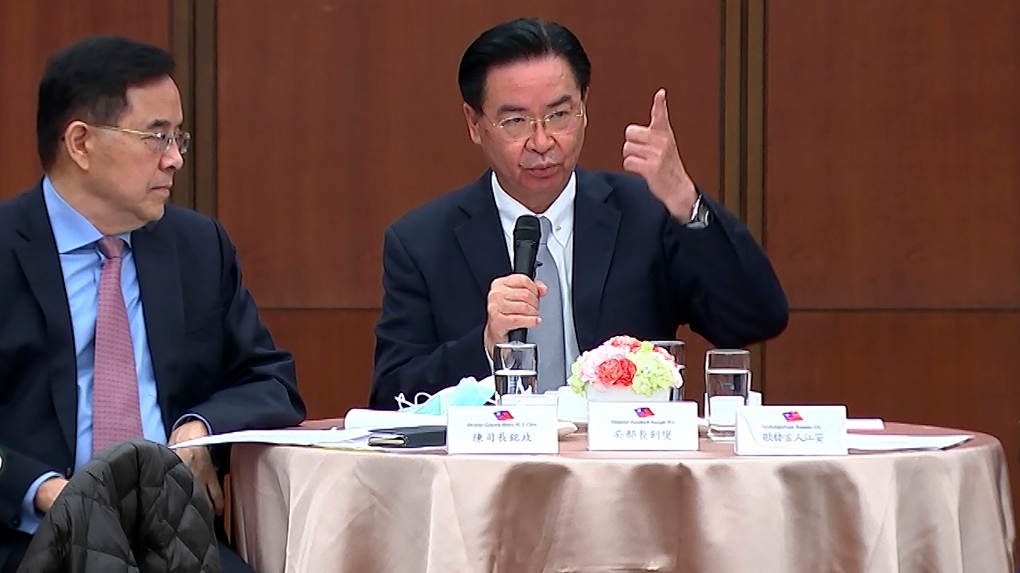 WASHINGTON -- The American military is warning that China is probably accelerating its timetable for capturing control of Taiwan, the island democracy that has been the chief source of tension between Washington and Beijing for decades and is widely seen as the most likely trigger for a potentially catastrophic U.S.-China war.

The worry about Taiwan comes as China wields new strength from years of military buildup. It has become more aggressive with Taiwan and more assertive in sovereignty disputes in the South China Sea. Beijing also has become more confrontational with Washington; senior Chinese officials traded sharp and unusually public barbs with Secretary of State Antony Blinken in talks in Alaska last month.

A military move against Taiwan, however, would be a test of U.S. support for the island that Beijing views as a breakaway province. For the Biden administration, it could present the choice of abandoning a friendly, democratic entity or risking what could become an all-out war over a cause that is not on the radar of most Americans. The United States has long pledged to help Taiwan defend itself, but it has deliberately left unclear how far it would go in response to a Chinese attack.

State Department spokesman Ned Price on Wednesday expressed "great concern" at what he called pattern of Chinese efforts to intimidate others in the region, including Taiwan.

"The United States maintains the capacity to resist any resort to force or any other forms of coercion that would jeopardize the security or the social or economic system of the people on Taiwan," Price said.

This accumulation of concerns meshes with the administration's view that China is a frontline challenge for the United States and that more must be done soon -- militarily, diplomatically and by other means -- to deter Beijing as it seeks to supplant the United States as the predominant power in Asia. Some American military leaders see Taiwan as potentially the most immediate flashpoint.

"We have indications that the risks are actually going up," Adm. Philip Davidson, the most senior U.S. military commander in the Asia-Pacific region, told a Senate panel last month, referring to a Chinese military move on Taiwan.

"The threat is manifest during this decade -- in fact, in the next six years," Davidson said.

Days later, Davidson's expected successor, Adm. John Aquilino, declined to back up the six-year timeframe but told senators at his confirmation hearing: "My opinion is, this problem is much closer to us than most think."

Biden administration officials have spoken less pointedly but stress the intention to deepen ties with Taiwan, eliciting warnings from Beijing against outsider interference in what it considers a domestic matter.

On Wednesday, Taiwanese Foreign Minister Joseph Wu said the military threat against his country is increasing, and while he said it was not yet "particularly alarming," the Chinese military in the last couple of years has been conducting what he called "real combat-type" exercises closer to the island.

Hardly an aspect of China's military modernization has failed to rile the U.S. military. Adm. Charles Richard, who as head of U.S. Strategic Command is responsible for U.S. nuclear forces, wrote in a recent essay that China is on track to be a "strategic peer" of the United States. He said China's nuclear weapons stockpile is expected to double "if not triple or quadruple" in the next 10 years, although that goes beyond the Pentagon's official view that the stockpile will "at least double" in that period.

Taiwan, however, is seen as the most pressing problem.

U.S. officials have noted People's Liberation Army actions that seem designed to rattle Taiwan. For example, Chinese aerial incursions, including flying around the island, are a near-daily occurrence, serving to advertise the threat, wear down Taiwanese pilots and aircraft and learn more about Taiwan's capabilities.

Chinese officials have scoffed at Davidson's Taiwan comments. A Ministry of Defence spokesman, Col. Ren Guoqiang, urged Washington to "abandon zero-peace thinking" and do more to build mutual trust and stability. He said that "attempts by outside forces to use Taiwan to seek to restrain China, or the use by Taiwan independence forces to use military means to achieve independence, are all dead ends."

The implications of a Chinese military move against Taiwan and its 23 million people are so profound and potentially grave that Beijing and Washington have long managed a fragile middle ground -- Taiwanese political autonomy that precludes control by Beijing but stops short of formal independence.

Predictions of when China might decide to try to compel Taiwan to reunite with the mainland have long varied, and there is no uniform view in the United States. Larry Diamond, a senior fellow at Stanford University's Hoover Institution, said last week he doubts Chinese leaders are ready to force the issue.

The Trump administration made a series of moves to demonstrate a stronger commitment to Taiwan, including sending a Cabinet member to Taipei last year, making him the highest-level U.S. official to visit the island since formal diplomatic relations were severed in 1979 in deference to China. The Biden administration says it wants to co-operate with China where possible but has voiced its objections to a wide range of Chinese actions.

China is a frequent target of criticism in Congress. Concerns about countering its growing military might are reflected in passage of the Pacific Deterrence Initiative, funded at $2.2 billion for 2021. Davidson wants it to support, among other initiatives, establishing a better air defence system to protect the U.S. territory of Guam from Chinese missiles and preserving U.S. military dominance in the region.

Rep. Adam Smith, a Washington Democrat and chairman of the House Armed Services Committee, is skeptical of the military's fixation on dominance.

"Given the way the world works now, having one country be dominant is just hopelessly unrealistic," he said in a recent online forum sponsored by Meridian, a nonpartisan diplomacy centre. He said the U.S. military can maintain sufficient strength, in partnership with allies, to send the message: "China, don't invade Taiwan because the price you're going to pay for that isn't worth it."