U.S. lawyer who claimed he was shot in head charged with taking insurance money in maid's death 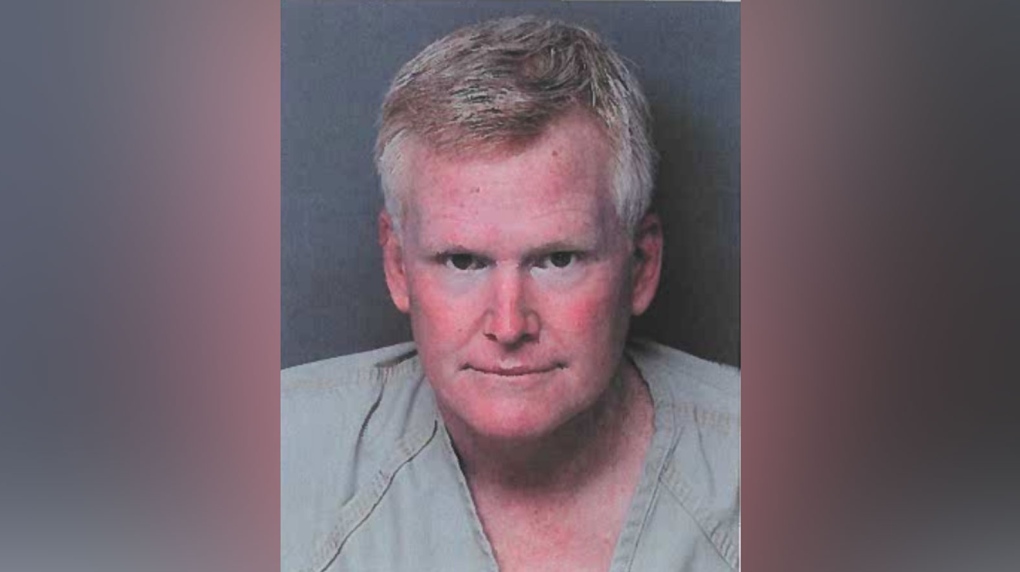 Prominent South Carolina attorney Alex Murdaugh is under arrest by the South Carolina Law Enforcement Division, according to a release from SLED. (Hampton County Detention Center)

COLUMBIA, S.C. -- A prominent South Carolina lawyer has been charged with stealing insurance settlements meant for the sons of his late housekeeper that a lawsuit said total more than US$4 million, state police said Thursday.

Alex Murdaugh was arrested at a drug rehab facility in Orlando, Florida, where his attorneys said he has spent the past six weeks since claiming he was shot in the head on the side of a lonely road near his home, authorities said.

The arrest is the latest development in six state police investigations into Murdaugh, including the deaths of his wife and son, millions of dollars missing from the huge law firm founded a century ago by his great-grandfather and trying to arrange his own death so his surviving son could collect on a $10 million life insurance policy.

Murdaugh told Satterfield's sons at her February 2018 funeral that he would get insurance settlements for her death and take care of them, according to a lawsuit filed by the sons. Murdaugh managed to secure more than $4 million from his insurers, but he only told the sons about a $500,000 settlement and then never sent them a dime, the lawsuit said.

Murdaugh took the settlement money by creating a fraudulent bank account with a name similar to a legal consulting firm that handles settlements, the lawsuit said.

Satterfield's family called it a bittersweet day in a statement released by their attorneys.

“Avarice and betrayal of trust are at the heart of this matter,” lawyers Eric Bland and Ronald Richter said in their statement.

The Murdaugh family told the sons their mother tripped over the family dog and died weeks later from her lingering injuries. The death was never reported to the Hampton County coroner, who asked state police to investigate why she was not called to review what she would consider an accidental death.

The sons also took Murdaugh's advice to hire attorney Cory Fleming to be executor of their mother's estate without telling them Fleming was a longtime friend, old college roommate and godfather to at least one of Murdaugh's sons.

The law licences of both Fleming and Murdaugh have been suspended as the investigations continue.

Murdaugh is being held at the Orange County jail in Florida to await extradition, investigators said. His lawyers promised at a bond hearing on different charges last month that Murdaugh would return to South Carolina without a fight if charged with additional crimes.

Murdaugh's lawyers said in a statement that he “intends to fully cooperate with this investigation, as he has with the investigation into the murder of his wife and son. He deeply regrets that his actions have distracted from the efforts to solve their murders.”

The deaths of Murdaugh's son and wife at their Colleton County home in June remain unsolved. Murdaugh said he found Maggie Murdaugh, 52, and their son Paul, 22, shot to death after he returned home from visiting his father in the hospital, according to authorities.

In September, Murdaugh was charged with insurance fraud and other counts after reporting that his head was grazed by a bullet when someone attempted to shoot him.

Curtis “Eddie” Smith is charged with firing at Murdaugh. He told The Associated Press last month that Murdaugh asked for his help on Sept. 4 but didn't tell him he wanted Smith to shoot him until he was on the side of the road.

Smith said the gun went off as he tried to prevent Murdaugh from shooting himself. He bristled at suggestions from Murdaugh's lawyers that he was a drug dealer, saying he was good friends with Murdaugh after the attorney helped him in a worker's compensation case.

“With a friend like that, who needs enemies?” Smith told an AP reporter as he limped around his property.

Smith said last month that he wasn't sure if the bullet hit Murdaugh or not, saying he grabbed the gun, immediately drove away and ditched the weapon.

In an interview with The Today Show aired Thursday, Smith said he was 1,000% certain Murdaugh was not shot.

Murdaugh's lawyers have said they saw medical records showing Murdaugh was covered in blood when taken by helicopter to a hospital but have not shown them to the public.

The Thursday arrest is just another step in the long process for justice in all of the investigations, State Law Enforcement Division Chief Mark Keel said in a statement.

“As I have said previously, we are committed to following the facts wherever they may lead us and we will not stop until justice is served,” Keel said.