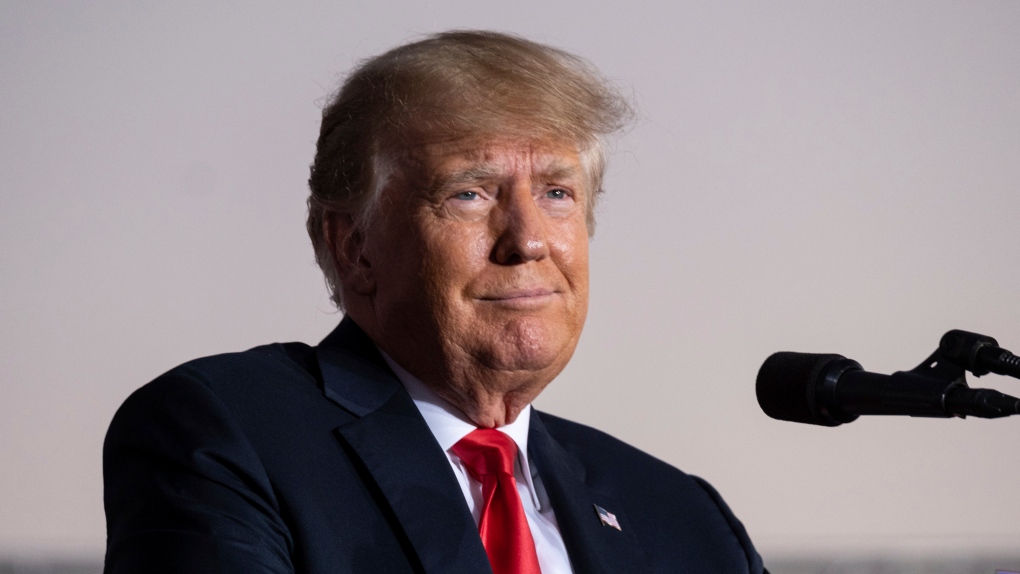 WASHINGTON -- A U.S. judge on Tuesday will hear arguments in a long-running lawsuit over whether Congress can obtain former President Donald Trump's tax returns from the Internal Revenue Service.

Trump was the first president in 40 years not to release his tax returns as he aimed to keep secret the details of his wealth and activities of his family company, the Trump Organization. The dispute lingers on some 10 months after he left office.

U.S. District Judge Trevor McFadden in Washington will hold a court hearing in the case at 2 p.m. EST.

Trump's lawyers have asked McFadden to dismiss the case, which dates back to 2019, saying the House Ways and Means Committee made an illegitimate request to see the tax returns.

Democratic Representative Richard Neal, the committee's chairman, has said it requested Trump's tax returns to examine how the IRS audits presidents and to consider new legislation.

In an Oct. 26 court filing, Trump's lawyers called that rationale a pretext for wanting to search for information that will embarrass Trump.

"No one believes that Chairman Neal requested President Trump's tax returns so he can study legislation about IRS audits. No one," Trump's lawyers said.

The case has moved slowly in the courts, partly because the U.S. Justice Department reversed positions.

In July, six months after President Joe Biden took office, it released a memo saying the House panel had offered "sufficient reasons" for requesting the material.

In 2019, under Trump, it said the request for his taxes by the committee was based on a "disingenuous" objective aimed at exposing them to the public.

The U.S. Supreme Court last year ruled against Trump in an unrelated case about whether a Manhattan prosecutor could see his tax returns as part of a criminal investigation against his business.