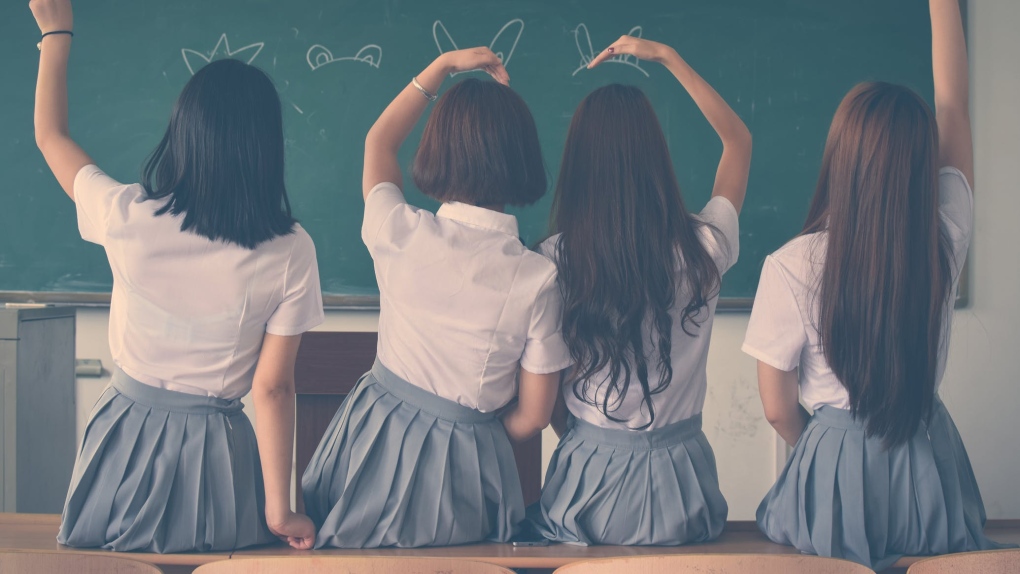 An image of girls in their school uniforms. (Pexels)

U.S. District Judge Malcolm Howard ruled that Charter Day School can't enforce the skirts-only rule as part of its dress code that punishes violations with suspensions and even expulsion. No child has been expelled for violating the dress code since the school opened in 2000, Howard said in a decision filed on Thursday.

But girls are clearly treated differently than boys at the kindergarten through 8th grade school in Leland, about 10 miles (16.1 kilometres) west of Wilmington, Howard ruled. That's a violation of the U.S. Constitution's equal protection requirements.

The guardians of three girls attending the school sued the school in 2016. They said the dress code forces girls to be colder in the winter and "forces them to pay constant attention to the positioning of their legs during class, distracting them from learning, and has led them to avoid certain activities altogether, such as climbing or playing sports during recess, all for fear of exposing their undergarments and being reprimanded by teachers or teased by boys," the judge said in summarizing the plaintiffs' arguments.

One of the mothers suing with the American Civil Liberties Union on behalf of their daughters said the judge's decision means a girl's comfort and freedom to move is on par with their male classmates.

"All I wanted was for my daughter and every other girl at school to have the option to wear pants so she could play outside, sit comfortably, and stay warm in the winter," Bonnie Peltier said in a statement provided by the ACLU. "But it's disappointing that it took a court order to force the school to accept the simple fact that, in 2019, girls should have the choice to wear pants."

Charter schools are public schools -- funded by state taxpayers -- that are allowed to do many things differently than traditional public schools. In the case of Charter Day School, it is run by a non-profit organization but contracts with a for-profit company to run business and academic operations.

Howard ruled that though North Carolina charter schools and their non-profit board members are not the state's agents in every respect, Charter Day School's leaders were acting under colour of state law when they adopted a disciplinary code that included punishing children who didn't wear the prescribed uniforms.

Roger Bacon Academy, which runs the school and three other charters in the Wilmington area, and its founder, Baker Mitchell, did not respond to messages seeking comment.

Members of the school's non-profit board said its student uniform requiring all students to wear white or navy blue tops tucked into khaki or blue bottoms is part of its traditional values education known to parents when they enrol their children.

Changing any of the school's specific requirements risks changing its broader goal and results that have included test scores higher than nearby traditional public schools, the judge summarized the board as contending.

But school leaders failed to provide "any facts showing specifically how the skirts requirement furthers this success," Howard wrote.