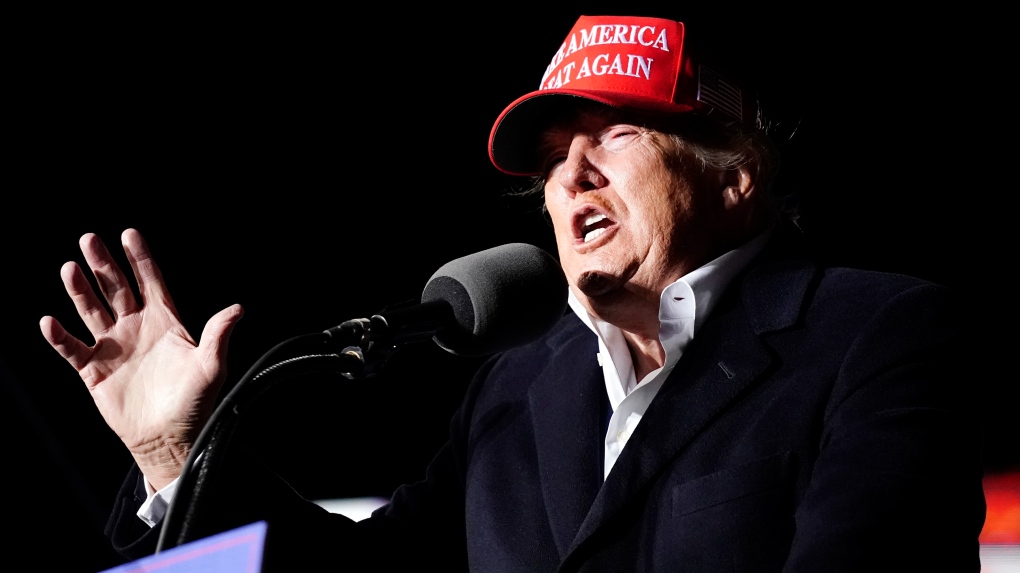 The National Archives and Records Administration has provided a House committee with more than 700 pages of presidential documents after the Supreme Court rejected a bid by former President Donald Trump to block the release.

The House panel investigating the Jan. 6, 2021, Capitol insurrection received the documents Thursday evening, according to a person familiar with the handover who requested anonymity to discuss it. The Supreme Court ruled Wednesday that the archives could turn over the documents, which include presidential diaries, visitor logs, speech drafts and handwritten notes dealing with Jan. 6 from the files of former chief of staff Mark Meadows.

Trump's lawyers had hoped to prolong the court fight and keep the documents on hold.

The documents, which the panel first requested in August, will add to the tens of thousands the committee has already gathered as it investigates the attack by a violent mob of Trump's supporters and what the former president and his aides were doing while it unfolded. The panel has done around 350 interviews and plans a series of hearings and reports this year as it seeks to compile the most comprehensive accounting yet of the insurrection.

Trump's lawsuit to block the release was one of several attempts to obstruct the committee's work as he and his allies have downplayed the attack. Hundreds of Trump's supporters violently pushed past police and broke through windows and doors of the Capitol, interrupting the certification of President Joe Biden's victory.

As the sitting president, Biden approved the release of most of the records. But the White House did ask the panel to defer some of its requests, citing national security and executive privilege concerns designed to protect the office of the presidency.

Repeating arguments they made before lower courts, Trump's attorneys had urged the justices to step in, arguing that the case concerned all future occupants of the White House. Former presidents had "a clear right to protect their confidential records from premature dissemination," Trump's lawyers said.

In an unsigned opinion, the court acknowledged there are "serious and substantial concerns" over whether a former president can win a court order to prevent disclosure of certain records from his time in office in a situation like this one.

But the court noted that the appeals court determined that Trump's assertion of privilege over the documents would fail under any circumstances, "even if he were the incumbent." It said the issue of a former president's ability to claim executive privilege would have to wait for another day.

The House committee responded in its high court brief that although the facts of the case are "unprecedented," the decision was "not a difficult one."

Alone among the justices, Clarence Thomas said he would have granted Trump's request.

A hand surgeon testified Monday that Johnny Depp could not have lost the tip of his middle finger the way he told jurors it happened in his civil lawsuit against ex-wife Amber Heard.