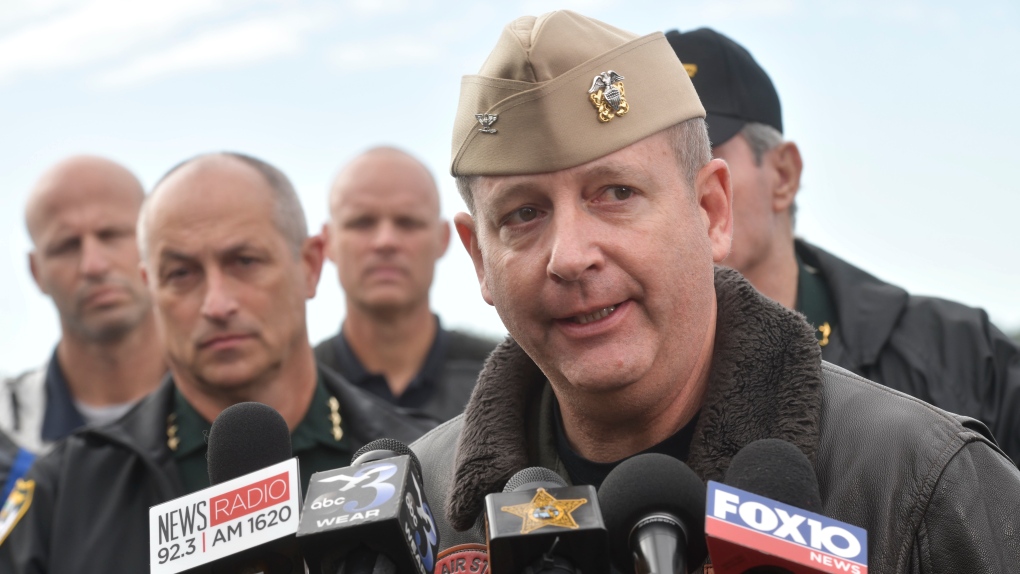 WASHINGTON -- U.S. law enforcement officials were digging into the background of the suspected Florida Naval station shooter Friday, to determine the Saudi Air Force officer's motive and whether it was connected to terrorism.

As questions swirled about the shooting, which left four people dead, including the attacker, officials identified the suspect as 2nd Lt. Mohammed Saeed Alshamrani, an aviation officer in the Saudi Air Force. The officials spoke on condition of anonymity to discuss an ongoing investigation.

Alshamrani was attending the aviation school at Naval Air Station Pensacola, one of hundreds of international military members who are receiving training there. The shooter opened fire in a classroom building on Friday morning.

Defence Secretary Mark Esper said in a statement that the Pentagon was continuing to monitor the Pensacola incident and was gathering additional facts on the shooting earlier this week at Pearl Harbor, when a young Navy sailor gunned down two people and then shot himself.

Esper said he is "considering several steps to ensure the security of our military installations and the safety of our service members and their families." He provided no details.

In a separate statement, Adm. Mike Gilday, the chief of naval operations, said it has been a "devastating week"for the Navy.

The U.S. has long had a robust training program for Saudis, providing assistance in the U.S. and in the kingdom. As of this week, there are more than 850 Saudis in the United States for various training activities. They are among more than 5,000 foreign students from 153 countries in the U.S. going through military training.

The Pentagon said Friday that Alshamrani was in the U.S. as part of an Air Force military sales training course, and his participation was funded by Saudi Arabia. His training began in August 2017 and was scheduled to conclude next August, and it included initial pilot training, basic aviation and English-language instruction.

Foreign nationals participating in U.S. training go through a vetting process. The Pentagon said it includes screening for any illicit drug activities, support for terrorist organizations, corruption and criminal conduct. Those who fail to pass the approval process are not issued international travel orders.

The Trump administration has been aggressively helping Saudi this year, sending Patriot missile batteries and hundreds of troops there in the wake of attacks on the kingdom that officials blame on Iran.

On Friday, President Donald Trump said he got a call from Saudi King Salman, who expressed "his sincere condolences" and sent sympathies to the families of those involved.

"The King said that the Saudi people are greatly angered by the barbaric actions of the shooter, and that this person in no way shape or form represents the feelings of the Saudi people who love the American people," said Trump in a tweet.

The shooting, however, shined a spotlight on what has been a sometimes rocky relationship with the kingdom.

The U.S. earlier this year agreed to send three Patriot missile batteries, dozens of fighter jets and other aircraft to Saudi Arabia. And in October, Esper visited Prince Sultan Air Base to see one of the batteries and talk about efforts to get other allies to contribute to the defence of Saudi Arabia and the Gulf region to counter threats from Iran.

But the kingdom is still trying to recover from the killing last year of Washington Post columnist Jamal Khashoggi at the Saudi Consulate in Istanbul. Saudi intelligence officials and a forensic doctor killed and dismembered Khashoggi on Oct. 2, 2018, as his fiancee waited outside the diplomatic mission.

Khashoggi, long a royal court insider, had been in self-imposed exile in the U.S. while writing critically of Saudi Crown Prince Mohammed bin Salman, son of the oil-rich nation's King Salman.