U.S. Defence Secretary says Taliban deal is promising but not without risk 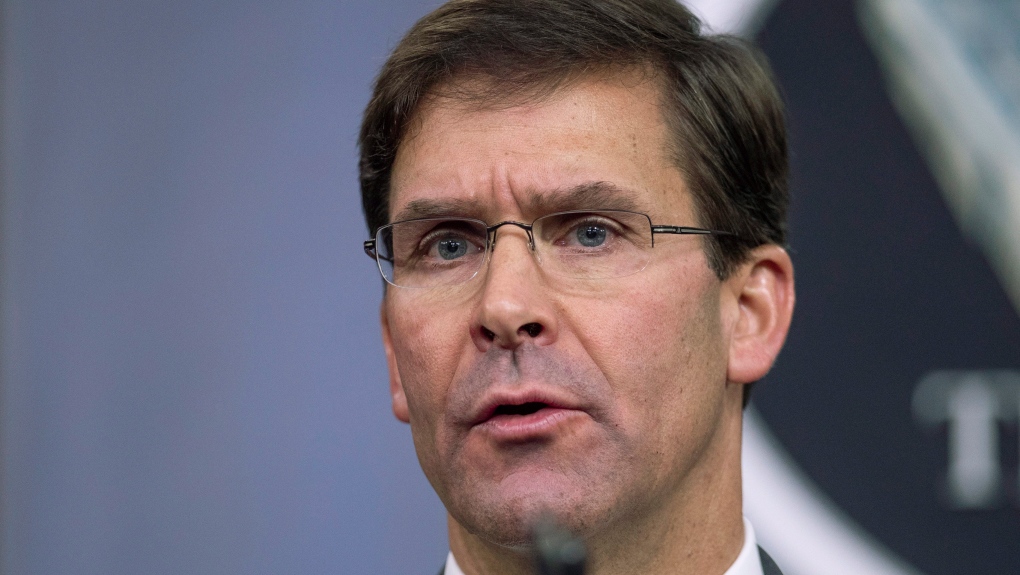 MUNICH -- U.S. Defence Secretary Mark Esper said Saturday that a truce agreement between the United States and the Taliban that could lead to the withdrawal of American troops from Afghanistan is not without risk but "looks very promising."

Ahead of a formal announcement of the seven-day "reduction in violence" deal, Esper said it was time to give peace a chance in Afghanistan through a political negotiation. He spoke a day after a senior U.S. official said the deal had been concluded and would take effect very soon.

Expectations are that agreement will be formally announced on Sunday and that the reduction in violence will begin on Monday, according to people familiar with the plan.

"So we have on the table right now a reduction in violence proposal that was negotiated between our ambassador and the Taliban," Esper told an audience at the Munich Security Confererence. "It looks very promising."

"It's my view as well that we have to give peace a chance, that the best if not the only way forward in Afghanistan is through a political agreement and that means taking some risk," he said. "That means enabling our diplomats and that means working together with our partners and allies on the ground to affect such a thing."

Esper and Secretary of State Mike Pompeo met on Friday in Munich with Afghan President Ashraf Ghani, who has been skeptical of the scheme, which, if successful, would see an end to attacks for seven days and then the signing of a U.S.-Taliban peace deal. All-Afghan peace talks would then begin within 10 days as part of the plan, which envisions the phased withdrawal of U.S. forces over 18 months.

I n remarks later to a group of reporters, Esper declined to say whether the U.S. had agreed to cut its troop levels in Afghanistan to zero. He said if the 7-day truce is successful and the next step toward Afghan peace talks begins, the U.S. would reduce its troop contingent "over time" to about 8,600. There currently are about 12,000 U.S. troops in the country.

The U.S. has not agreed to suspend or end its counter-terrorism operations in Afghanistan, which have been focused mainly on an Islamic State affiliate, known as ISIS-K, and al-Qaida, said Pentagon spokeswoman Alyssa Farah, who was travelling with Esper.

"Under any agreement, General Miller retains the authorities necessary to protect U.S. national security interests, including the authorities and capabilities to strike ISIS-K and al-Qaida," she said, referring to U.S. Gen Scott Miller, the commander of American and coalition forces in Afghanistan.

Ghani has not yet spoken publicly about the agreement which was finalized last week by U.S. special envoy for Afghanistan Zalmay Khalilzad and Taliban representatives in Doha, Qatar. Esper, however, said Ghani was supportive of the deal and had pledged to do his best to support it.

"I think he is fully on board," Esper said of Ghani. "He wants to lead his part of the process, which if we get to that would be a a peace deal that would involve very soon afterward an inter-Afghan negotiation. He wants to be clearly a full partner in that and wants to lead on that and make sure that all Afghans come together."

Ghani has bickered with his partner in the current Unity Government, Abdullah Abdullah, over who will represent Kabul at the negotiating table. Ghani has insisted he lead the talks, while his political opponents and other prominent Afghans have called for more inclusive representation.

Separately on Saturday, NATO chief Jens Stoltenberg told the security conference that he also supported the plan but stressed that the alliance's mission in Afghanistan would continue in the short- and medium-term.

"We are not leaving Afghanistan but we are prepared to adjust our force level if the Taliban demonstrates the will and the capability to reduce violence and make real compromises that could pave the way for negotiations among Afghans for sustainable peace," he said.

Stoltenberg later told a small group of reporters that in his own discussion with Ghani on Friday, the Afghan president indicated he supported the idea of talks.

"The whole aim, and President Ghani has clearly supported this many times, is that we would like to initiate an inter-Afghan negotiation process," Stoltenberg said. "We can support Afghans, we can help them, but we cannot negotiate peace for them. They have to do that themselves, and they want to do it themselves."

He added: "We all understand that's a long way and will be a difficult process, with a lot of uncertainties and possible setbacks and surprises."

David Rising contributed to this story.