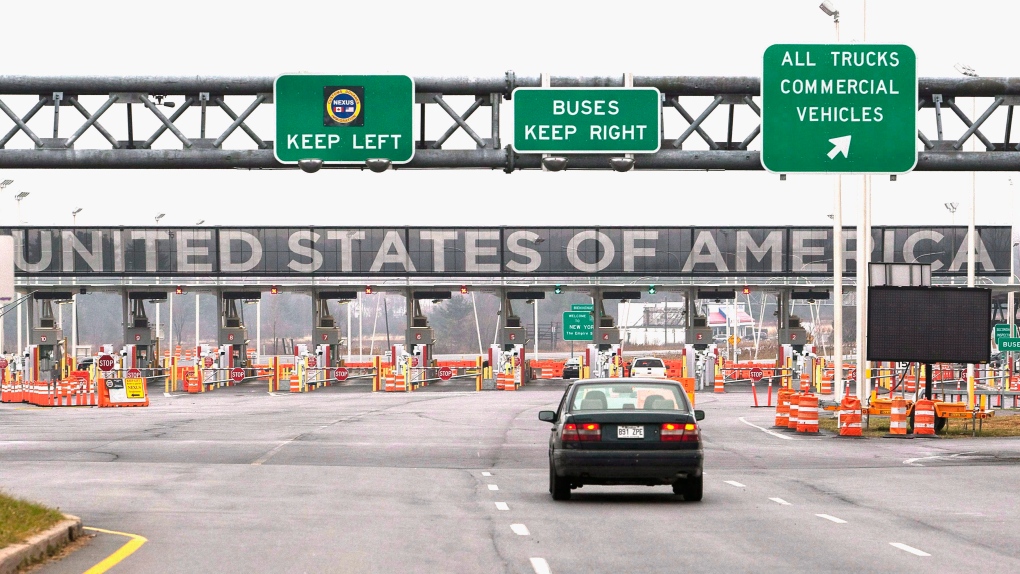 U.S. Customs and Border Protection said Monday that photos of travelers and license plates collected at the nation’s borders have been exposed in a malicious cyberattack in what a leading congressman called a "major privacy breach."

The federal agency did not name the subcontractor whose computer network was hacked but the announcement followed news that a Tennessee-based company that bills itself as the sole provider of stationary license plate readers at U.S. borders had been compromised.

A congressional staffer whose office was notified by the agency said the breach affected fewer than 100,000 people. The staffer was not authorized to speak publicly on the matter and spoke on condition that the staffer not be further identified.

It was not clear how many of those affected were U.S. citizens.

The U.K. computer security website The Register, which said the hacker responsible alerted it to the breach in late May, identified the company as Perceptics. A spokesman for the company did not immediately respond to an email from The Associated Press seeking comment.

CBP said none of the data had surfaced on the internet or Dark Web. The Register said the hacker provided it with a list of files exfiltrated from the Perceptics corporate network and said a company spokesperson had confirmed the hack.

“Initial information indicates that the subcontractor violated mandatory security and privacy protocols outlined in their contract,” CBP said in a statement.

The agency said it learned of the data breach May 31. It said the subcontractor had transferred copies of the images to its company network in violation of government policies and without the agency’s authorization.

The chairman of the House Homeland Security Committee, Rep. Bennie Thompson of Mississippi, noted with alarm that this is the “second major privacy breach at DHS this year.”

“We must ensure we are not expanding the use of biometrics at the expense of the privacy of the American public,” he said in a statement.

In March, the Homeland Security Department’s inspector general announced that another of its subdivisions, the Federal Emergency Management Agency, had wrongly released to a contractor the personal information of 2.3 million survivors of devastating 2017 hurricanes and wildfires, potentially exposing those affected to identity fraud and theft.

Thompson said he planned hearings next month on the department’s use of biometric information, which is on the rise, affects millions and is occurring with little congressional oversight.

Perceptics, of Farragut, Tennessee, bills itself as the sole provider of license-plate readers “for passenger vehicle primary inspection lanes at all land border ports of entry in the United States, Canada and at the most critical lanes in Mexico.”

It says it has secured “thousands of border checkpoints” and says its products automate over 200 hundred million vehicle inspections annually.

Civil liberties groups including the ACLU and the Electronic Frontier Foundation have expressed alarm at the general lack of regulation of license plate-reading cameras and burgeoning databases maintained by government agencies including CBP, Immigration and Customs Enforcement and the FBI.

The critics say the technology has great potential to be abused for surveillance and location-tracking and there are limited restrictions on the dissemination of biometric data, including fingerprints and face scans. It is shared with state and local law enforcement and even foreign nations.