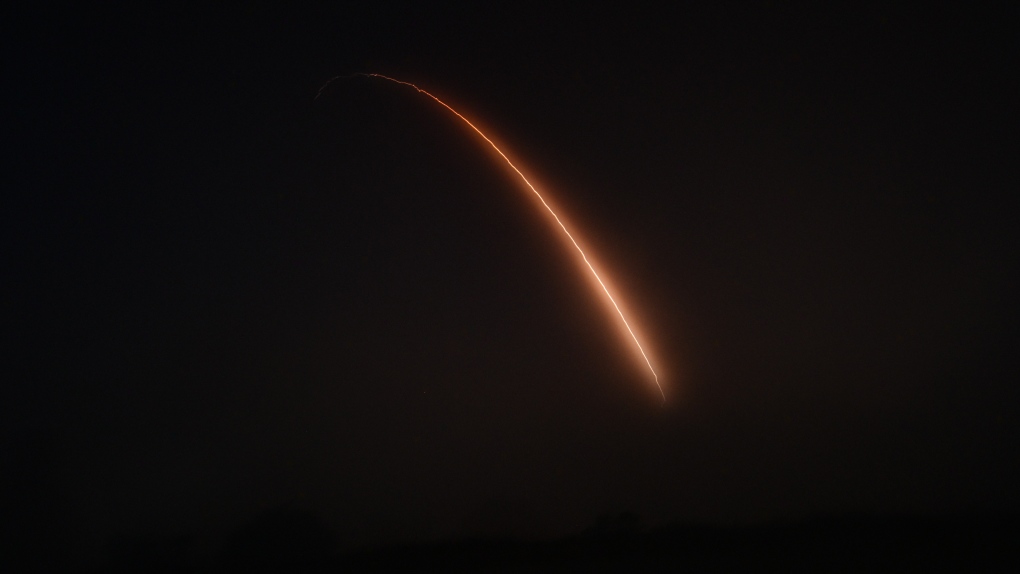 The U.S. Air Force on Tuesday tested an unarmed nuclear-capable long-range missile, according to the Air Force Global Strike Command.

The unarmed Minuteman III intercontinental ballistic missile, equipped with a test reentry vehicle, was launched from Vandenberg Air Force Base in California and traveled 4,200 miles to a test range near the Marshall Islands.

The missile, launched at 12:49 a.m. PT, was "to demonstrate the readiness of U.S. nuclear forces and provide confidence in the lethality and effectiveness of the nation's nuclear deterrent," a statement from the Air Force said.

"This test launch is part of routine and periodic activities intended to demonstrate that the United States' nuclear deterrent is safe, secure, reliable and effective to deter twenty-first century threats and reassure our allies. Such tests have occurred more than 300 times before, and this test is not the result of current world events," the statement continued.

The launch was originally scheduled for August 4, according to Steven Wilson, a spokesman for AF Global Strike Command, but it was delayed over concerns about China's response to House Speaker Nancy Pelosi visiting Taiwan, CNN confirmed. A U.S. official told CNN at the time that it was a "prudent step."

The U.S. regularly tests its intercontinental weapon system to verify its accuracy and reliability.

"Make no mistake - our nuclear triad is the cornerstone of the national security of our country and of our allies around the globe," Col. Chris Cruise, 576th Flight Test Squadron Commander, said in a statement. "This scheduled test launch is demonstrative of how our nation's ICBM fleet illustrates our readiness and reliability of the weapon system. It is also a great platform to show the skill sets and expertise of our strategic weapons maintenance personnel and of our missile crews who maintain an unwavering vigilance to defend the homeland."

The Minuteman III is traditionally known as the only land-based leg to the U.S. nuclear triad. The other two parts of the triad are the Trident submarine-launched ballistic missile and nuclear weapons carried by long-range strategic bombers.

An attacker with a large kitchen knife killed two people and wounded six others in stabbings along the Las Vegas Strip before he was arrested Thursday, police said.