U.K. to EU: we won't accept supervision in post-Brexit deal 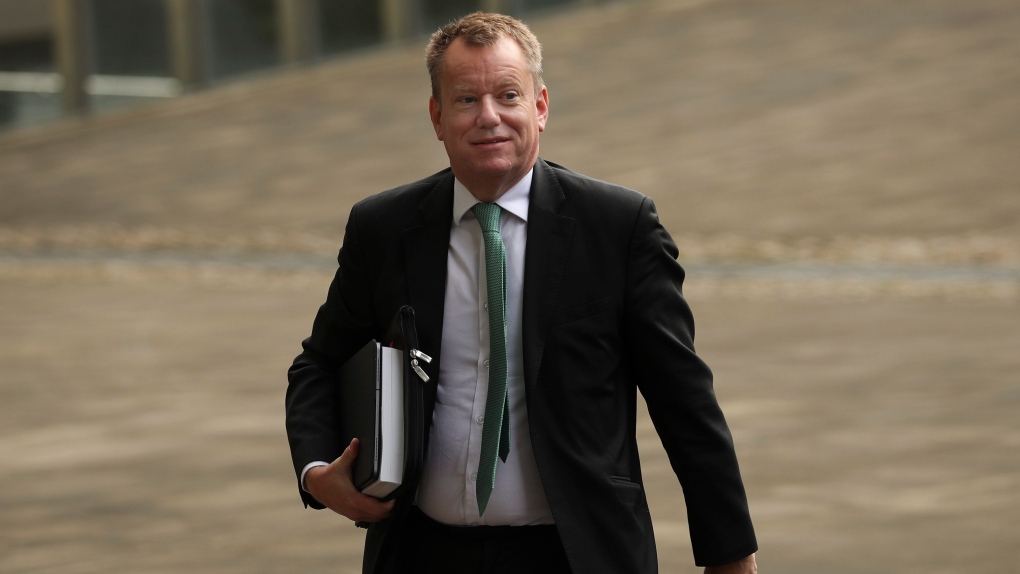 BRUSSELS -- Britain's chief negotiator on Monday set out a clashing course in trade talks with the European Union, saying the 27-nation bloc has totally missed the point of Brexit if it thinks it will retain some supervision over U.K. actions.

The EU has said it wants the best possible trade relationship with the U.K. but only if there is a level playing field for businesses on anything from state subsidies to environmental standards, and is insisting on clear checks to enforce it.

U.K. negotiator David Frost said, according to extracts from the released speech, that "to think that we might accept EU supervision on so-called level playing field issues simply fails to see the point of what we are doing."

In a major speech at the ULB Brussels university, he said that rejecting any EU meddling on rules and regulations "is the point of the whole project" of leaving the bloc after 47 years.

And he further stressed that there was no way that Britain would seek a longer transition period than 11 months to clinch a deal, a timespan considered next to impossible for a trade agreement between such commercial juggernauts.

On Jan. 1, 2021, he said, "we recover our political and economic independence in full -- why would we want to postpone it?"

With such comments, Frost gave indications that Britain might be willing to walk away without an agreement rather than compromise on key issues.

The European Union also made it clear that rough times lay ahead when French Foreign Minister Jean-Yves Le Drian said over the weekend that "we'll be seriously at each other's throats" during the negotiations.

The EU raised the ire of the U.K. by making a clear link between close commercial relations and the demand to adhere to EU rules. Frost made it clear that setting its own rules clearly trumps a cozy deal with the EU.

"It is central to our vision that we must have the ability to set laws that suit us -- to claim the right that every other non-EU country in the world has," Frost said.

The EU has insisted that it has no problems with that, but that the further removed those laws and rules are, the less advantageous the trade deal. EU chief negotiator Michel Barnier was equally emphatic that the EU's 27 remaining nations wouldn't agree to any British trade deal just to avoid a costly, chaotic "no-deal" at the start of 2021.

The negotiations are to start at the beginning of next month.