U.K. man in court over threat to 'kill Queen' with crossbow

U.K. man in court over threat to 'kill Queen' with crossbow 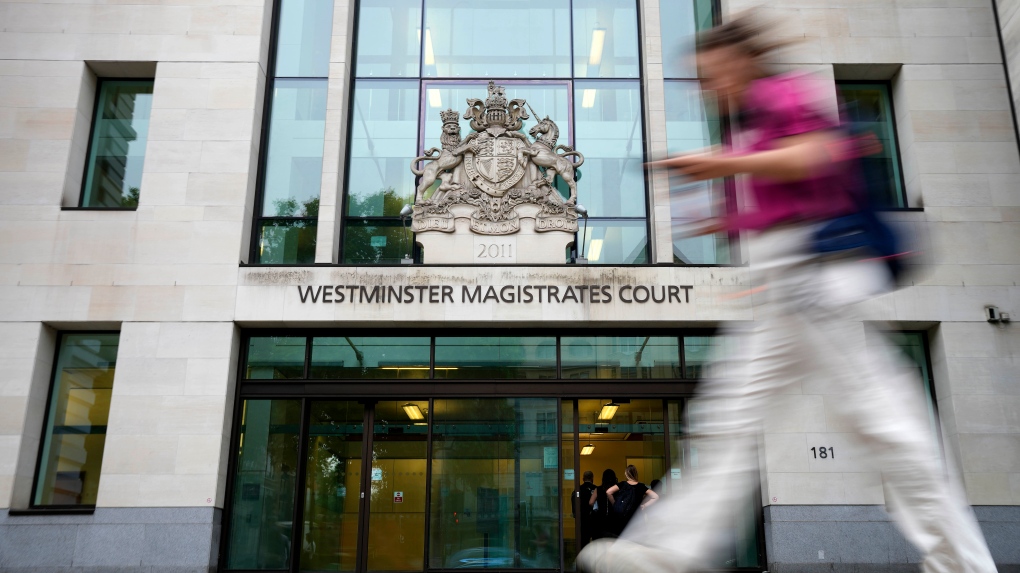 A Woman passes Westminster Magistrates Court in London, Wednesday, Aug. 17, 2022. A 20-year-old man has been charged with intending to injure or alarm The Queen under the Treason Act following an incident on Christmas Day 2021 at Windsor Castle. Jaswant Singh Chail was charged with an offence under section two of the Treason Act 1842 - last used more than 40 years ago - which is 'discharging or aiming firearms, or throwing or using any offensive matter or weapon, with intent to injure or alarm Her Majesty'. (AP Photo/Frank Augstein)
LONDON -

A man who got into the grounds of Windsor Castle armed with a crossbow told police he wanted to "kill the queen," prosecutors said during a court hearing Wednesday.

Jaswant Singh Chail, 20, is charged under the Treason Act with intending to "injure the person of Her Majesty Queen Elizabeth II, or to alarm her Majesty." He has also been charged with threats to kill and possession of an offensive weapon.

Chail was arrested at the royal residence west of London on Christmas Day 2021, when the queen was staying there.

Prosecutors allege the former supermarket worker from Southampton in southern England was wearing a hood and a mask and carrying a loaded crossbow with the safety catch off.

They say he told a police officer "I am here to kill the Queen," before he was handcuffed and arrested.

Prosecutor Kathryn Selby said the Supersonic X-Bow weapon allegedly carried by Chail had the potential to cause "serious or fatal injuries."

Prosecution lawyers maintain Chail wanted revenge on the British establishment for its treatment of Indians and sent a video to about 20 people claiming he was going to assassinate the queen.

To get close to the royal family, he had tried to join the British Army and the Ministry of Defence Police, prosecutors allege.

He was not asked to enter a plea, and was ordered detained until his next court appearance on Sept. 14.

The allegations against him are not being treated as a "terrorism offense," Selby said.

Charges under the Treason Act of 1842 are rare. In 1981, Marcus Sarjeant was charged under the act after firing blank shots at the queen as she rode on horseback in the Trooping the Colour parade in London. He pleaded guilty and was sentenced to five years in prison.

The last person to be convicted under the separate and more serious Treason Act of 1351 was William Joyce, a World War II Nazi propaganda broadcaster known as Lord Haw-Haw. He was hanged for high treason in 1946.