U.K. Conservative hopefuls fight for No 2 spot against Johnson 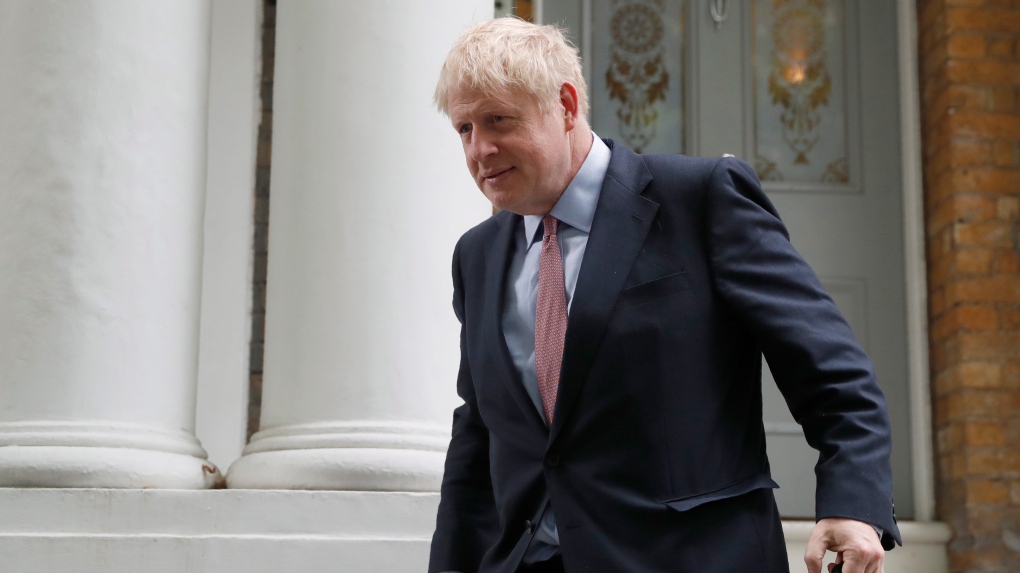 LONDON -- Contenders for leadership in Britain's Conservative Party jostled for attention Monday as the race narrowed into a contest to seize the mantle of challenger to front-runner Boris Johnson.

With Johnson solidly ahead after winning 114 of the 313 votes in first-round voting among party lawmakers, challengers sought to position themselves as the best alternative to the former foreign secretary. The goal is to win the coveted second slot on the postal ballot being sent to Conservative Party members nationwide -- a vote that will decide the next leader and the next prime minister.

"This is a two-horse race and we know one of the horses: Boris," said International Development Secretary Rory Stewart at a campaign event for political journalists. "There is literally only one question you have to answer -- who is likely to beat Boris?"

The contest will choose a replacement for Prime Minister Theresa May, who stepped down as party leader earlier this month after failing to secure Parliament's approval for her European Union divorce deal.

The House of Commons' 313 Conservative Party lawmakers will winnow the field of contenders in a series of leadership votes this week, with the final two names put to a postal vote of about 160,000 Conservative members nationwide. The winner is set to be announced in July.

A leading figure in the 2016 campaign to leave the European Union, Johnson wants Britain to withdraw from the EU on Oct. 31, with or without a withdrawal agreement that some economists warn is needed to prevent chaos. He also threatened to withhold a 39 billion pound ($50 billion) divorce payment if the EU digs in its heels.

Unlike his more polished challengers, Johnson's appeal comes in part from his rumpled suits, unruly hair and colorful -- if sometimes offensive -- turns of phrase. He has called Papua New Guineans cannibals and once compared Muslim women who wear face-covering veils to the sturdy red "letter boxes" on Britain's streets.

Those statements also have led some to question whether he could be trusted in high office. Hoping to avoid a campaign de-railing gaffe, his team is rationing his appearances. He evaded media scrutiny for a second day Monday, skipping a series of campaign events. A day earlier, he also missed Channel 4's television debate between the candidates, prompting the broadcaster to place an empty lectern on the debate stage.

With more to lose than gain, Johnson's absence is frustrating his opponents -- all of whom want a chance to take him on directly. Foreign Secretary Jeremy Hunt suggested in a tweet that Johnson should step forward and face the others in public forums.

"Hopefully someone will summon up some Churchillian courage and come along too. .intothelionsden," Hunt said.

"And of course we all remember that at the end of 'Hamlet,' he isn't the king. . It ain't over till it's over," he said.

Meanwhile, Johnson's bid to become Britain's next prime minister was bolstered by fresh support when Health Secretary Matt Hancock backed his candidacy. Hancock argued his former rival's "unique personality" would help rally support around a deal to leave the EU.

"Having considered all the options, I'm backing Boris Johnson as the best candidate to unite the Conservative Party, so we can deliver Brexit and then unite the country behind an open, ambitious, forward-looking agenda, delivered with the energy that gets stuff done," Hancock wrote in op-ed in The Times of London.