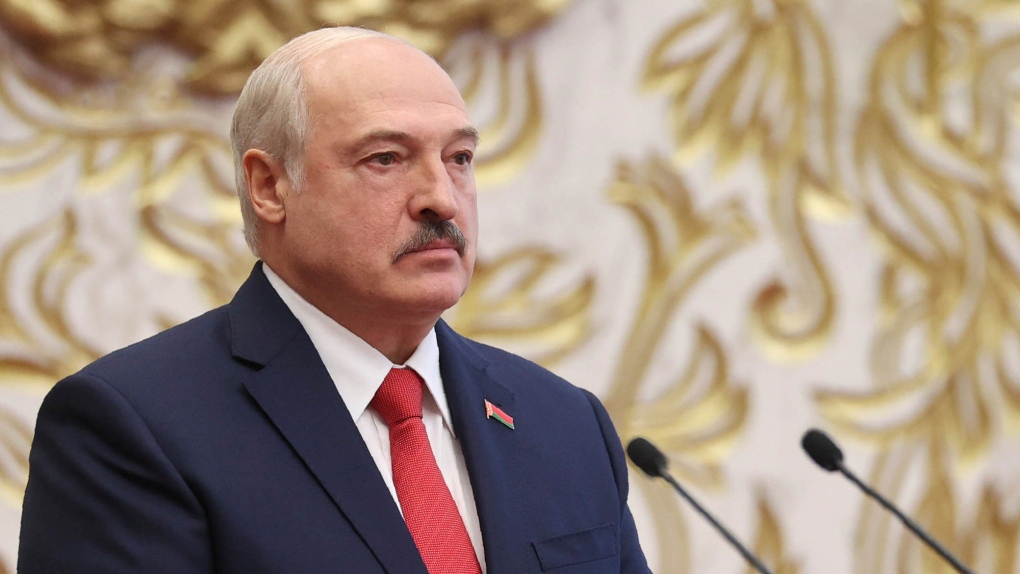 LONDON -- Britain has imposed sanctions on Belarusian President Alexander Lukashenko, his son and six other senior government officials following the disputed presidential election and a crackdown on protesters in Belarus.

U.K. Foreign Secretary Dominic Raab said Tuesday that the sanctions were introduced as part of a co-ordinated approach with Canada "in a bid to uphold democratic values and put pressure on those responsible for repression."

The measures include a travel ban and asset freeze on eight individuals from the Belarusian government, including Lukashenko, son Victor Lukashenko and Igor Sergeenko, the head of the presidential administration. Similar sanctions were imposed by Canada.

The British government said that Lukashenko, who has ruled Belarus with an iron fist for over 26 years, is the first leader to have been sanctioned under Britain's new global human rights sanctions program, which was introduced in July.

"Today, the U.K. and Canada have sent a clear message by imposing sanctions against Alexander Lukashenko's violent and fraudulent regime. We don't accept the results of this rigged election," Raab said in a statement.

"We will hold those responsible for the thuggery deployed against the Belarusian people to account, and we will stand up for our values of democracy and human rights."

The political opposition in Belarus has challenged the results of the country's Aug. 9 presidential election, which gave Lukashenko a sixth term with 80% of the vote. Protests demanding his resignation have continued for more than seven weeks. Opposition figures and some poll workers say the results were fraudulent.

During the first few days of demonstrations, police arrested more than 7,000 people and used violence on protesters. Since then, opposition activists have been jailed and threatened with prosecution. a landslide.