Typhoon Halong prompts evacuation of half a million people in Japan 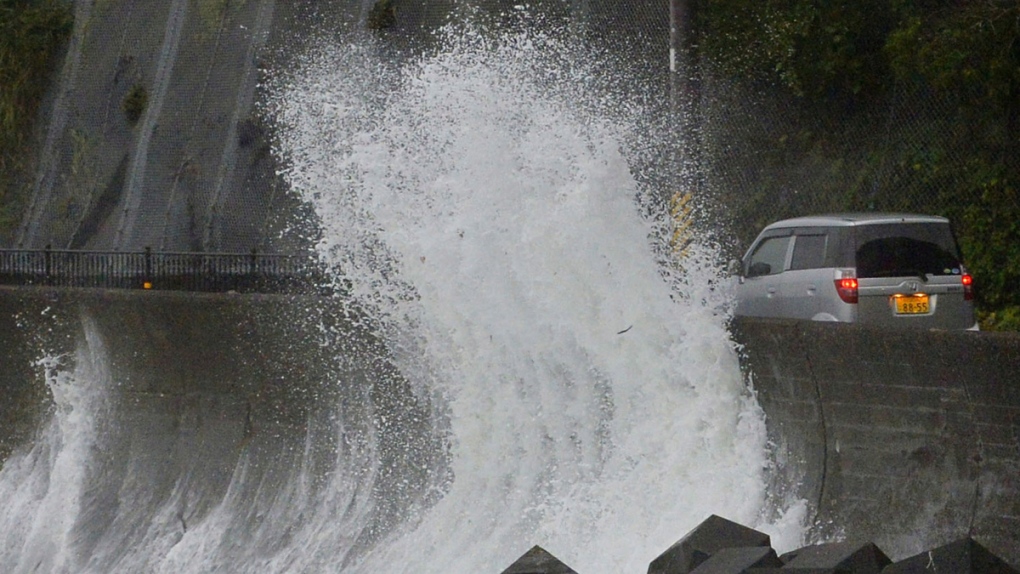 TOKYO -- A weakened typhoon slammed into Japan early Sunday as the country headed into a holiday week, causing authorities to order the evacuation of half a million people living near swollen rivers and cancelling hundreds of flights.

The storm slowed down as it made landfall over Shikoku Island and was on track to move out into the Sea of Japan later Sunday. It was forecast to further lose strength in the next 12 hours.

Japan's Meteorological Agency on Saturday issued a warning for heavy rain in Mie prefecture in central Japan, prompting two towns to order about 500,000 residents to evacuate due to a fear of flooding from swollen rivers.

Strong winds left six people injured, one seriously, in Miyazaki prefecture in southern Japan. A woman in her 70s broke her ankle as a portable toilet booth fell on her while she was walking by.

More than 400 flights were cancelled due to the storm, stranding thousands of holidaymakers at airports around the country.

The storm, packing winds of up to 100 kilometres (60 miles) per hour, was expected to dump 70 centimetres (28 inches) of rain on Shikoku, and 50-60 centimetres (20-25 inches) in western and central Japan, meteorological agency official Satoshi Ebihara said at a news conference Saturday. He warned of landslides and floods in those areas.

The agency predicted heavy rain in Tokyo on Sunday.