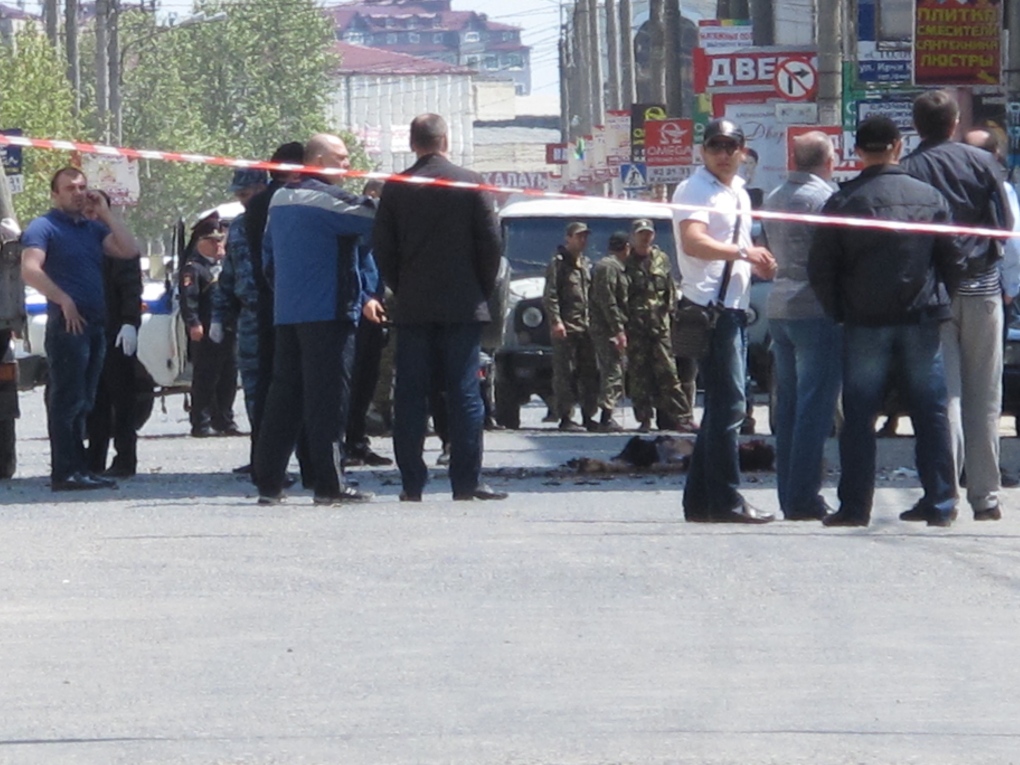 Police and forensic experts examine the site of an explosion in downtown Makhachkala, Dagestan on May 1, 2013. (AP Photo/Suleyman Aliev)

Two teenage boys who tried to open a cardboard box left near a store were killed when the bomb inside went off, police said.

The explosion in the city of Makhachkala also wounded an undetermined number of people, said a spokeswoman for the republic's Interior Ministry, Fatina Ubaidatova. She had no further details about the bomb.

Islamic insurgents frequently mount attacks on police and Russian security forces in Dagestan, with bombs often placed in cars or along roads.

Wednesday's explosion, however, may have been intended to frighten the owner of the store and force him to pay protection money, Russia's National Anti-Terrorism Committee said in a statement.

The owner of the store, which sells construction and electrical supplies, had found a similar device three months ago before it could be detonated, the committee said.

Late Tuesday, three policemen were killed and another one was wounded when their vehicle came under fire in the Dagestani town of Buinaksk, police said.

The republic in southern Russia is home to the parents of the suspects in last month's Boston Marathon bombing. One of the bombing suspects who was killed in a shootout with Boston police, Tamerlan Tsarnaev, paid a long visit to Dagestan last year. Investigators are trying to determine whether he had contact with extremists here.