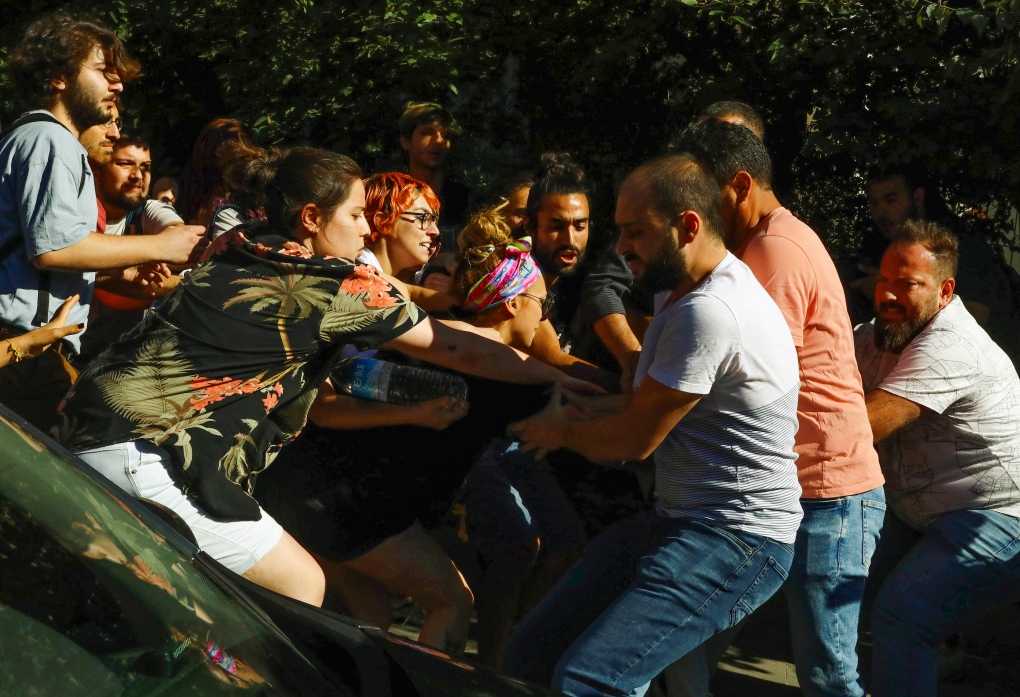 Police in Turkey's capital broke up a LGBTQ Pride march Tuesday and detained dozens of people.

Turkish authorities have banned LGBTQ events, but around 50 people holding rainbow flags nevertheless marched toward a main park to mark the end of Pride Month.

Police officers prevented the group from reaching the park, detaining the participants on a busy street in central Ankara.

Some of the marchers were forced to the ground, angering passers-by who tried to physically intervene or pleaded with officers to let them go. Plain-clothed officers were seen pushing them away.

A small group of Islamists, who regard the LGBTQ community as a threat, held a counter-demonstration near the park.

Turkey previously was one of the few Muslim-majority countries to allow Pride marches. The first was held in 2003, the year after President Recep Tayyip Erdogan's party came to power.

In recent years, the government has adopted a harsh approach to public events by groups that do not represent its religiously conservative views. Large numbers of arrests and the use of tear gas and plastic pellets by police have accompanied Pride events.

Airbnb is rolling out new screening tools to stop parties

Airbnb says it will use new methods to spot and block people who try to use the short-term rental service to throw a party.