Turkish Airlines plane from U.S. diverted due to handwritten threat 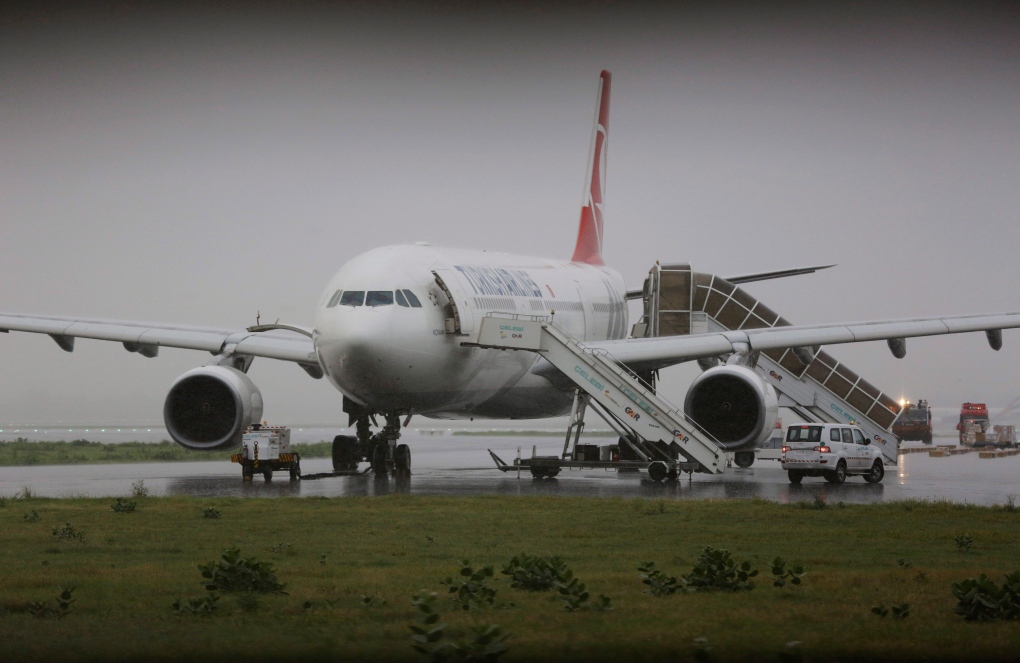 LONDON -- A Turkish Airlines jet flying from Houston to Istanbul has landed safely in Ireland after a security scare.

A handwritten threat was discovered on board Turkish Airlines Flight 34 as it crossed the Atlantic Ocean overnight, according to the BBC and the Guardian newspaper.

Airport officials in Shannon, Ireland, say 209 passengers and the crew were able to disembark safely Sunday after the plane landed there. They say Irish police are investigating the Boeing 777, which was taken to a remote taxiway.

Officials have not said if the flight to Istanbul will resume or if the passengers will be placed on other aircraft.