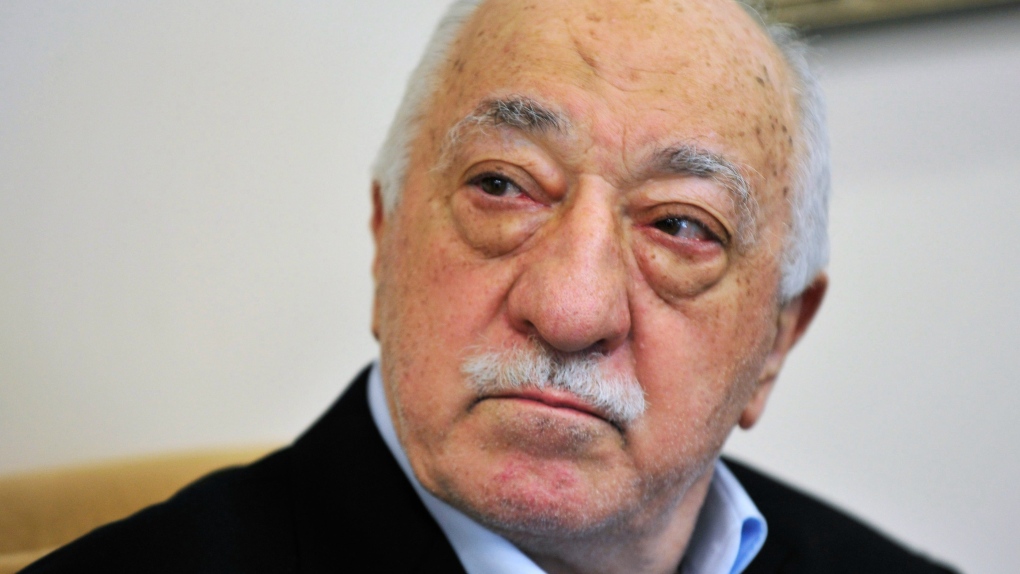 In this July, 2016 file photo, Islamic cleric Fethullah Gulen speaks to members of the media at his compound, in Saylorsburg, Pa. (AP / Chris Post, File)

The warrants were issued as part of a crackdown on the network led by cleric Fethullah Gulen that continues nearly four years after the attempted coup. Turkish authorities maintain that the group remains a national security threat.

Anadolu Agency said prosecutors were seeking the detention of 467 alleged Gulen followers who are suspected of cheating in a police superintendent promotion examination in 2009. Police were conducting simultaneous raids in 67 provinces across Turkey, the agency reported.

Warrants were also issued against 157 non-commissioned military officers in 43 provinces and 71 Justice Ministry personnel, Anadolu reported. At least 101 of the military personnel were still on active duty in the Air Force or Navy.

On July 15, 2016, a group of officers attempted a coup to overthrow Turkish President Recep Tayyip Erdogan. Some 250 people were killed and more than 2,000 were injured during the failed attempt.

Some 77,000 people have been arrested and around 130,000 others, including military personnel, have been dismissed from state jobs in the crackdown on Gulen's network since the coup.

Gulen, who has lived in self-imposed exile in the United States since 1999, denies involvement in the coup attempt.

Turkish authorities and critics of Gulen charge that many of his followers were able to infiltrate state institutions over the years through widespread cheating in entrance exams.