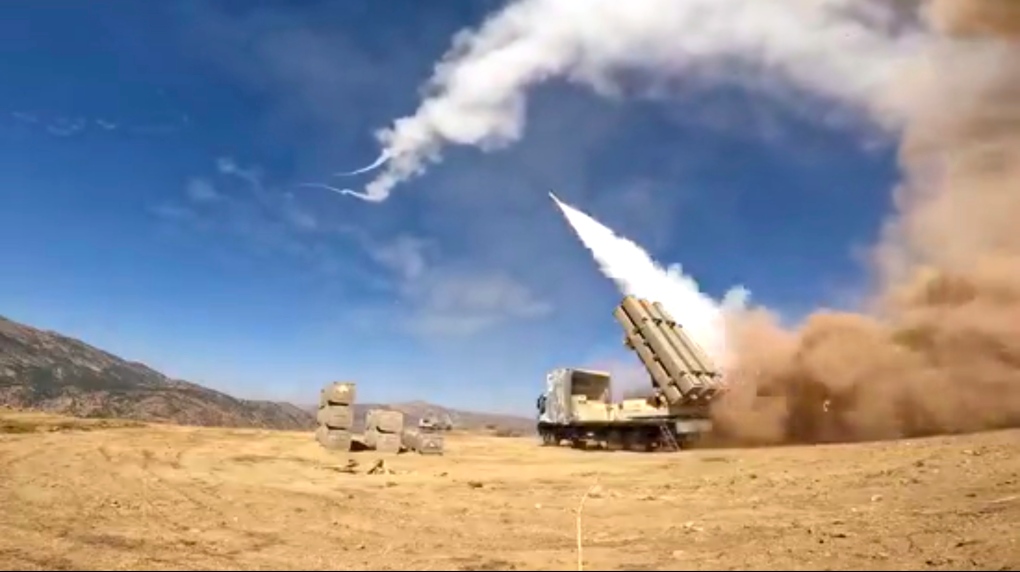 This image taken from video footage provided by Iranian military on Thursday, Sept. 29, 2022, missiles launch during an attack targetting the Iraqi Kurdish region. Iran's powerful Revolutionary Guard has since Monday unleashed a wave of drone and artillery strikes targeting what Tehran says are bases of Iranian Kurdish separatists in northern Iraq. (Iranian military via AP)
ISTANBUL -

The ministry usually refers to killed militants as "neutralized." It said the number of casualties in the mission in the Asos region of northern Iraq, which is controlled by the autonomous Kurdistan Regional Government, was expected to rise.

A video accompanying the ministry's tweet showed F-16 fighters taking off and a number of explosions in a mountainous area. The ministry referred to a statement from Defence Minister Hulusi Akar on Thursday in which he said airstrikes had hit 16 targets in the Asos region.

Turkey has been conducting a series of operations in northern Iraq since 2019, saying the military is targeting the Kurdistan Workers' Party, or PKK, to prevent it from launching cross-border attacks on Turkey. In April, Operation Claw-Lock was launched, which involves ground and air forces.

The PKK has waged an on-again, off-again insurgency against the Turkish state since 1984, a conflict that has killed tens of thousands of people. The group is listed as a terrorist organization by Turkey, the United States and the European Union.

The Defence Ministry later said seven "terrorists" had been neutralized in north Syria in response to the killing of a Turkish police officer in a missile attack on Sunday. The attack on a Turkish base near Al Bab was carried out by Kurdish militants from the People's Protection Units, or YPG, according to official statements.

The YPG, which helped in the U.S.-led campaign against the Islamic State group, is linked to the PKK but isn't considered a terrorist group by the U.S. or the EU.