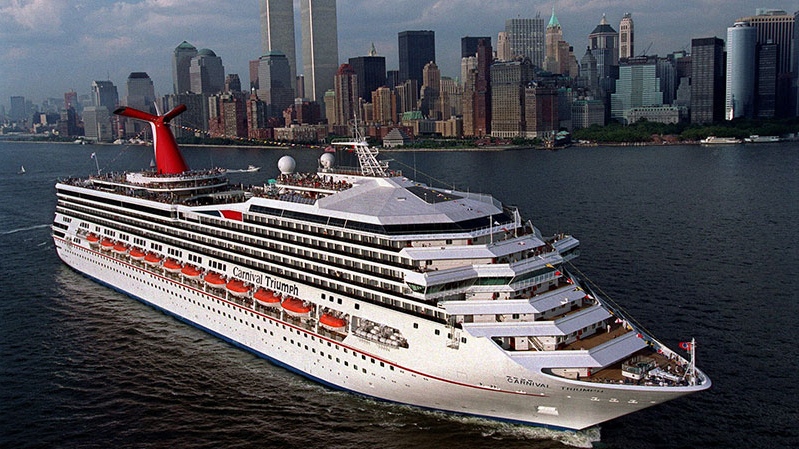 HOUSTON -- Passengers aboard a cruise vessel stranded in the Gulf of Mexico had limited access to hot coffee, food and bathrooms on Monday as they waited for two tugboats to arrive to tow them to Mexico, Carnival Cruise Lines said in a statement.

The Carnival Triumph has been floating aimlessly about 240 kilometres off the Yucatan Peninsula since a fire erupted in the aft engine room early Sunday, knocking out the ship's propulsion system. No one was injured and the fire was extinguished. The ship has been operating on backup generator power since the incident, the statement said.

The ship, which left Galveston, Texas, on Thursday and was scheduled to return there Monday, will instead be towed to Progreso, Mexico, and the 3,143 passengers on board will fly back to the United States. There are also 1,086 crew members aboard the ship. They are to arrive in Mexico on Wednesday.

The tugboats are expected to arrive later Monday, Carnival spokesman Vance Gulliksen said in an email. One is coming from Mobile, Alabama, and a second is from Mexico, he said.

Carlos Vega, a spokesman with the U.S. Coast Guard, said Mexican authorities have been informed of the situation in their waters.

"The Coast Guard has touched base with them and informed them but other than that there hasn't been any other action," Vega said.

Family members waiting for relatives to arrive home Monday were informed by Carnival about the situation. Some, like Melinda Ramos, said her father was laughing when he briefly called to update her on the situation.

"He might be completely joking, but he said they're sleeping in tents outside," the 19-year-old daughter of Mary and Matt Ramos told The Houston Chronicle.

But Brent Nutt, of Angleton, Texas, said his wife Bethany was crying when they spoke.

"They have no running water. They have no way to use the bathroom," Nutt told KTRK-TV in Houston.

A similar situation occurred on a Carnival cruise ship in November 2010. That vessel was also stranded for three days with 4,500 people aboard after a fire in the engine room. When the passengers disembarked in San Diego they described a nightmarish three days in the Pacific with limited food, power and bathroom access.

Carnival said in a statement that it had cancelled the Triumph's next two voyages scheduled to depart Monday and Saturday. Passengers aboard the stranded ship will also receive a full refund, the statement said.