Trump to release April call with Ukraine leader this week 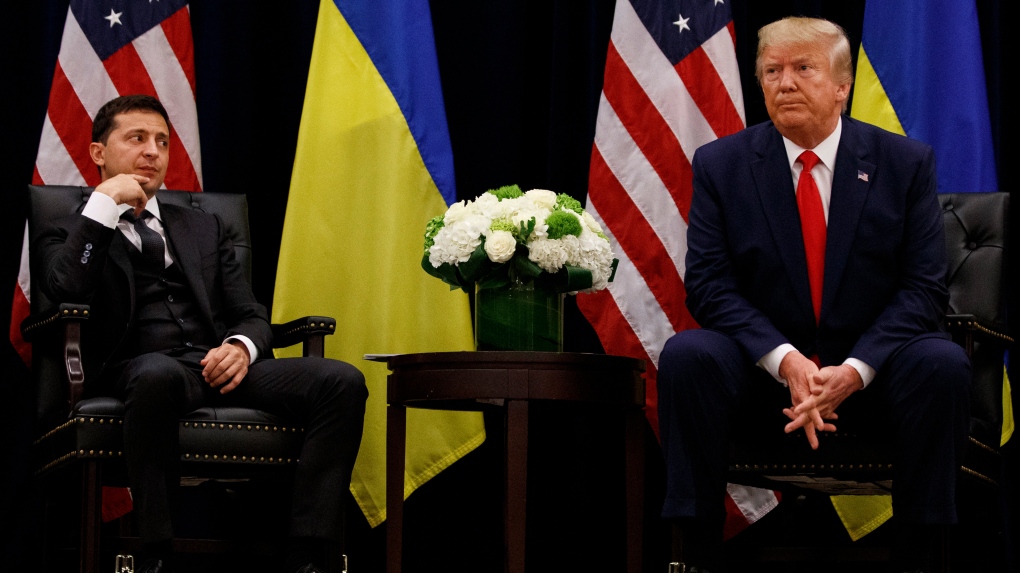 Trump had suggested he would release the April transcript Tuesday.

Trump has kept up a steady stream of tweets about what he calls the impeachment "witch hunt."

Among his events this week is a high-profile meeting with Turkey's President Recep Tayyip Erdogan on Wednesday, the day impeachment hearings open.

I will be releasing the transcript of the first, and therefore more important, phone call with the Ukrainian President before week’s end!

Why is such a focus put on 2nd and 3rd hand witnesses, many of whom are Never Trumpers, or whose lawyers are Never Trumpers, when all you have to do is read the phone call (transcript) with the Ukrainian President and see first hand? He and others also stated that there was.....

....Ukrainian energy company, and more millions taken from China, and now reports of other companies and countries also giving him big money, are certainly looking very corrupt (to put it mildly!) to me. Both Bidens should be forced to testify in this No Due Process Scam!