Trump to decide if he wants lawyers at impeachment hearings 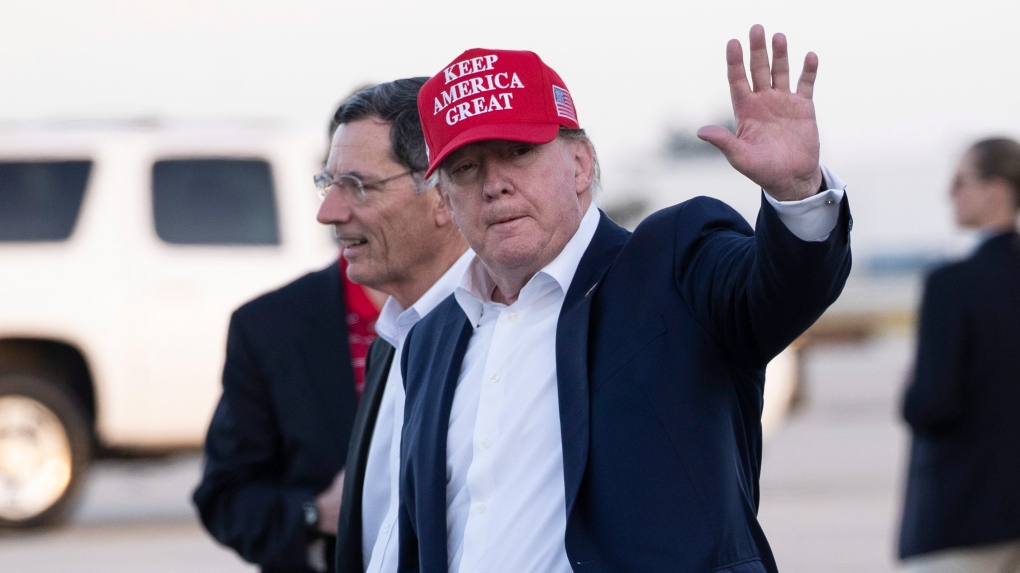 WASHINGTON -- WASHINGTON -- The chairman of the House Judiciary Committee asked U.S. President Donald Trump on Friday to say whether he'll send his attorneys to participate in impeachment proceedings before the panel.

Rep. Jerrold Nadler also is asking Republicans on his committee which witnesses they plan to ask permission to subpoena.

The letters from the New York Democrat came as the House impeachment probe enters a new phase with a hearing next week on whether Trump's actions might constitute impeachable offences.

Two weeks of Intelligence Committee hearings produced a mountain of testimony but didn't seem to move the needle on Capitol Hill, where not a single House Republican supported establishing the chamber's impeachment process.

Nadler instructed Trump and top panel Republican Doug Collins of Georgia to respond by the end of next week. The Judiciary Committee meets Wednesday in an informational hearing to examine the "constitutional grounds for presidential impeachment" and could move some time after that to hearings where witnesses testify about Trump's actions with Ukraine.

Trump has labeled the proceeding by House Democrats a sham, in part because he could not have his lawyers cross-examine intelligence committee witnesses during hearings and depositions.

The intelligence panel is slated to issue a report of its findings next week that are intended to form the basis of hearings at the Judiciary Committee, which would be responsible for drafting any articles of impeachment for a vote by the full House.

The panel can also seek further testimony. Nadler can deny witnesses sought by Republicans, who are likely to want subpoenas compelling testimony from Hunter Biden and the anonymous intelligence community whistleblower whose complaint sparked the impeachment proceedings.

At issue in the impeachment probe is whether Trump abused his office by pressing Ukrainian President Volodymyr Zelenskiy to investigate the Bidens and baseless allegations that Ukraine interfered with the 2016 election.

Hunter Biden served on the board of a Ukrainian energy company when his father, then-Vice-President Joe Biden, had some responsibility for the Obama administration's Ukraine policy.

Earlier scrutiny by Ukrainians uncovered no wrongdoing by the Bidens, but Trump, in July, asked Zelenskiy for an investigation as a "favour," while holding up military aid to that country for several months.