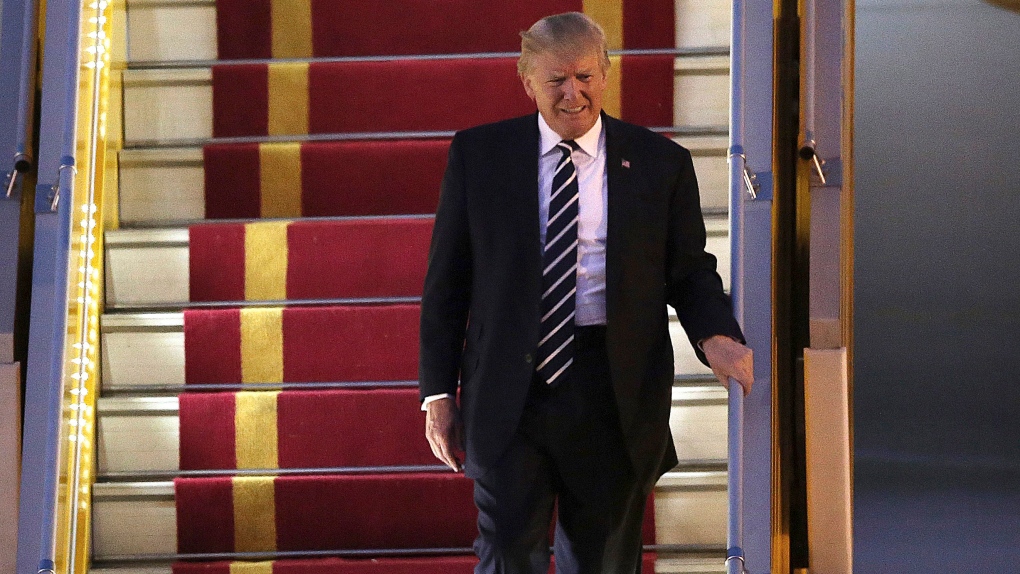 In a response to North Korea calling Trump's speech in South Korea "reckless remarks by an old lunatic," Trump tweeted from Hanoi on Sunday morning: "Why would Kim Jong-un insult me by calling me 'old,' when I would NEVER call him 'short and fat?"'

Trump goes on to say sarcastically, "Oh well, I try so hard to be his friend -- and maybe someday that will happen!"

Trump has been working to rally global pressure against North Korea's nuclear weapons program on a trip to Asia. That includes a stern speech delivered in South Korea's National Assembly on Tuesday, in which he said: "Do not underestimate us. And do not try us. ... The weapons you're acquiring are not making you safer, they are putting your regime in grave danger. Every step you take down this dark path increases the peril you face."

On Saturday, Kim's government responded by accusing Trump of trying to demonize North Korea, keep it apart from the international community and undermine its government.

"Reckless remarks by an old lunatic like Trump will never scare us or stop our advance," the North's Foreign Ministry said in a statement. "On the contrary, all this makes us more sure that our choice to promote economic construction at the same time as building up our nuclear force is all the more righteous, and it pushes us to speed up the effort to complete our nuclear force."

North Korea is not known to have tested any of its missiles or nuclear devices since Sept. 15, a relative lull after a brisk series of tests earlier this year.

Asked at news conference with Vietnam's president later Sunday if he could become friends with the North Korean leader, Trump replied it "might be a strange thing to happen but it's certainly a possibility."

He said he doesn't know if that friendship will develop, but added it would be "very, very nice if it did."

Why would Kim Jong-un insult me by calling me "old," when I would NEVER call him "short and fat?" Oh well, I try so hard to be his friend - and maybe someday that will happen!