Trump taking US$3.8 billion from military to fund border wall 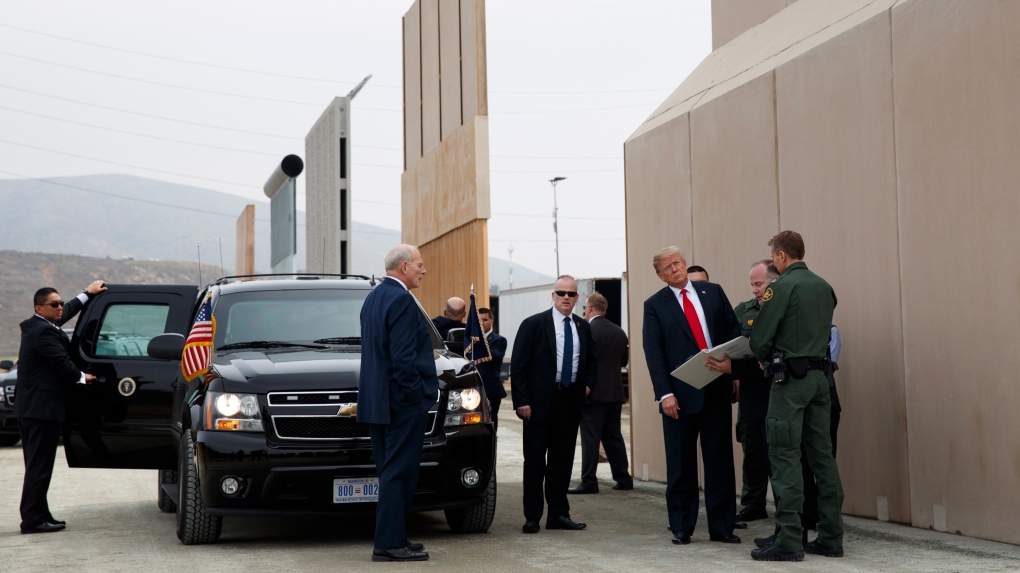 Thursday's move by the Pentagon would transfer money from National Guard units, aircraft procurement and shipbuilding to anti-drug accounts that can finance construction of new wall.

The manoeuvr, announced in "reprogramming" documents provided to lawmakers, came in for harsh criticism by Rep. Mack Thornberry of Texas, the top Republican on the House Armed Services Committee. Democrats slammed the moves as well, but Trump faced no consequences when making $2.5 billion in similar transfers last year.

Trump's action comes less than two months after he signed a huge appropriations package into law. He alienated lawmakers on both sides last year when diverting funding intended for popular projects on military bases.

This time, the Pentagon is targeting $1.3 billion for National Guard equipment and excess procurement of aircraft like the F-35 and V-22 Ospreys, favoured by many lawmakers for the jobs they bring to their districts and states. He's also eliminating funding for an amphibious assault ship built in Mississippi and an Expeditionary Fast Transport ship that's built in Alabama, represented by Sen. Richard Shelby, the Republican chairman of the Appropriations Committee.

"This is a congressional special interest item," said the Pentagon documents.

Trump's fiscal 2021 budget, released only Monday, contains a $2 billion request for the wall, less than Trump asked for last year, which reflected the fact that Trump has more money for the wall than can be spent immediately.