Trump supporters who breached U.S. Capitol: 'It was not Antifa' 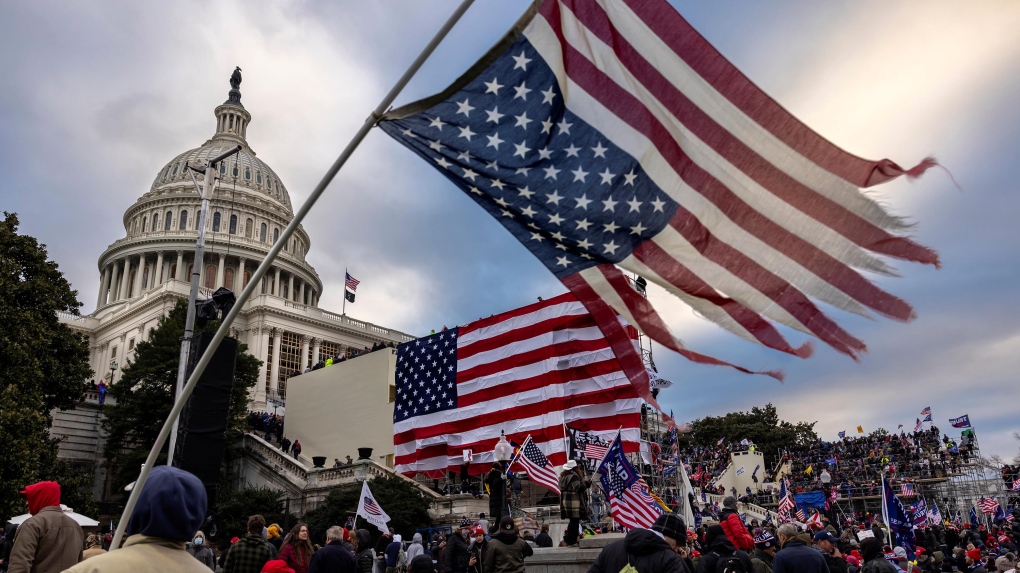 Pro-Trump protesters gather in front of the U.S. Capitol Building on January 6 in Washington, D.C. They have said "It was not Antifa." (Brent Stirton/Getty Images/CNN)

Nearly a dozen Trump supporters charged in connection with the U.S. Capitol insurrection have said that Antifa and other left-wing groups weren't involved in the attack, debunking a false-flag conspiracy theory that is gaining popularity in the pro-Trump orbit.

The baseless claim that left-wing infiltrators were responsible for the violent attack has been promoted by former President Donald Trump's impeachment lawyers, several GOP lawmakers and at least one speaker at the Conservative Political Action Conference Friday morning.

Many of the alleged rioters facing charges also embraced this conspiracy. But according to a CNN review of court documents, nearly a dozen defendants have explicitly pushed back, saying that they and other Trump supporters deserve the credit for storming the Capitol -- not Antifa.

"There's a lot of memes and posts flying around saying that the people who were fighting last night were all Antifa provocateurs etc.," defendant Jose Padilla allegedly posted to Facebook one day after the January 6 attack. "I just want to say that as a first hand observer of every point of last night, that it was not Antifa. They were Patriots who were trying to Restore the Republic."

Another alleged Capitol rioter, Jonathan Mellis, posted, "Don't you dare try to tell me that people are blaming this on antifa and BLM. We proudly take responsibility for storming the Castle." He also used a vulgar term to imply that the left-wing groups were too cowardly to pull off an attack.

Padilla and Mellis are among the defendants that are charged with assaulting police officers in addition to misdemeanor trespassing offenses. Prosecutors say Mellis hit officers with a large stick, and that Padilla used a large metal Trump sign as a battering ram against the police line.

Neither of these men has entered a plea, and neither has a lawyer listed on the court docket.

Their comments undercut the baseless conspiracy that shifts the responsibility from Trump's most ardent supporters onto Trump's opponents. Even some prominent Republicans have disavowed the false-flag theory, but the narrative is alive and well in some GOP circles.

At least one speaker at CPAC this week promoted the lie, though he admitted that some Trump supporters participated in the Capitol assault. Conservative radio host Wayne Dupree said, "Antifa was there, BLM was there, MAGA people were there, everybody was there."

At a Senate hearing Tuesday about the security failures, Republican Sen. Ron Johnson of Wisconsin brazenly promoted false claims that the mob was full of "fake Trump protesters" and "agents provocateurs." Most Republicans on the panel did not embrace these conspiracies.

One Capitol riot defendant called out GOP lawmakers for blaming Antifa. Thomas Robertson, a police officer from Rocky Mount, Virginia, touted his ties to law enforcement and conservative groups. He has since been fired from the police department, according to a press release.

"I was in the Capitol building 2 days ago," Robertson posted to Facebook, according to court documents. "I am a (pro-gun group Virginia Citizens Defense League member), NRA member and a serving Soldier and police officer. Damage control by the Republicans in DC is trying to say it was ANTIFA. It wasn't. Possible some were there? Of course. Caused it?? Nope."

He was charged alongside Jacob Fracker, a colleague from the Rocky Mount police who was also fired. The Pentagon says Robertson previously was in the U.S. Army Reserve and deployed to Iraq during the war, and that Fracker is currently a corporal in the Virginia National Guard.

Both men pleaded not guilty Thursday at a virtual federal court hearing in Washington, D.C.

Prosecutors said they recovered a video from the phone of one of the infamous "zip tie guys" who was photographed in the Senate chamber holding plastic handcuffs.

Another defendant even implored his fellow rioters to take pride in their actions that day.

"Be embarrassed & hide if you need to -- but I was there. It was not Antifa at the Capitol. It was freedom loving Patriots who were DESPERATE to fight for the final hope of our Republic," tweeted Brandon Straka, who spoke at a "Stop the Steal" rally on the eve of the insurrection.

Some of the comments about Antifa from alleged rioters have been previously highlighted by the Huffington Post and the Washington Post. At least 265 people are facing charges linked to the Capitol attack, though prosecutors say more cases are under seal or are forthcoming.