Trump steps in to help Navy SEAL charged with murder 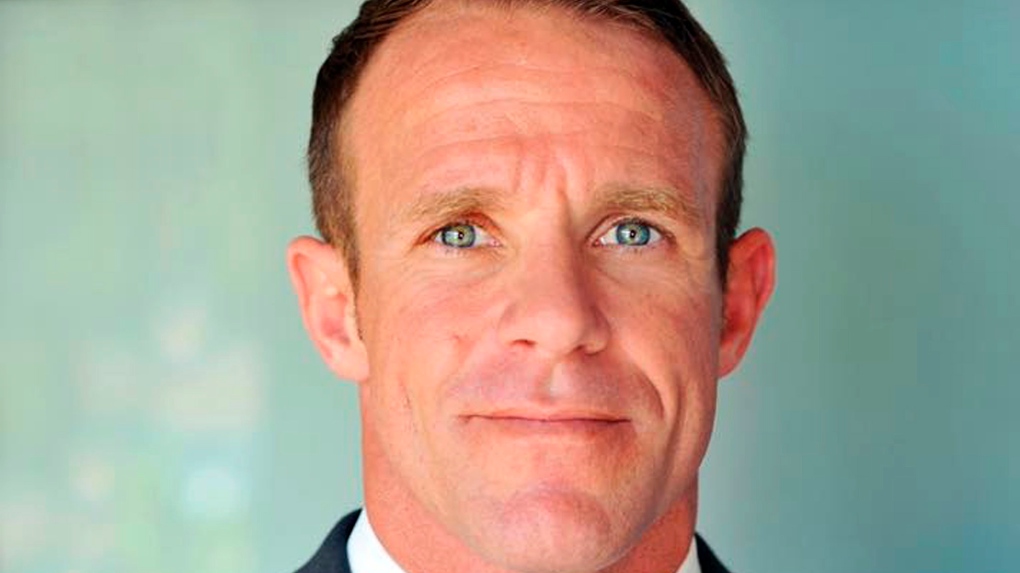 PALM BEACH, Fla. -- U.S. President Donald Trump said Saturday a Navy SEAL charged with murder in the stabbing of an Iraqi war prisoner will be moved to less restrictive confinement while he awaits trial.

Trump said in a tweet that the move was in honour of Special Operations Chief Edward Gallagher's past service to the country.

The tweet came after 18 Republican members of the U.S. House sent a letter to Navy Secretary Richard Spencer raising concerns about the conditions of Gallagher's confinement at a Navy brig in California.

Gallagher is accused of killing a teenage Islamic State fighter under his care and then holding his reenlistment ceremony with the corpse. Navy prosecutors also accuse Gallagher of shooting two civilians in Iraq and opening fire on crowds. Gallagher has pleaded not guilty to all the charges.

His lawyers have said he did not murder anyone and that disgruntled SEALs made the accusations because they wanted to get rid of a demanding platoon leader.

In their March 18 letter to Spencer, the House members said Gallagher's family and friends reported that he had not had sufficient access to his defence attorneys. They also said they got reports he was not receiving enough food or adequate medical care.

Housing prisoners such as Gallagher who are awaiting trial with those who have completed their trials may be to blame for some of those problems, they said, and they called on Spencer to review that practice.

"Chief Gallagher is a decorated war fighter who, like all service members, is entitled to the presumption of innocence while awaiting court-martial," the letter said.

A military judge last month postponed Gallagher's trial by three months after defence lawyers asked for more time to go over the prosecution's evidence. The trial was reset for May 28.