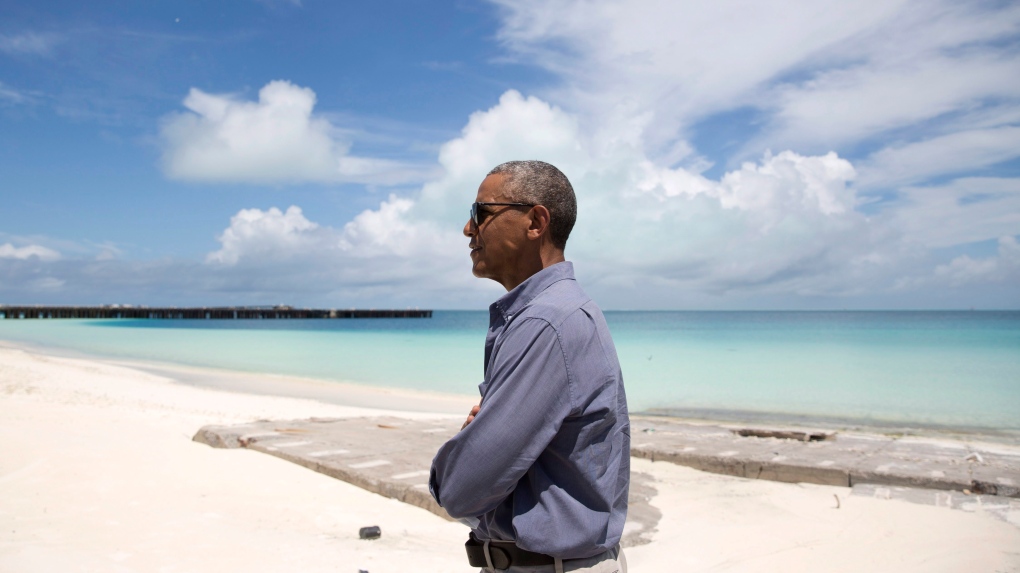 TRAVERSE CITY, Mich. -- U.S. President Donald Trump has thrown out a policy devised by his predecessor to protect U.S. oceans and the Great Lakes, replacing it with a new approach that emphasizes use of the waters to promote economic growth.

Trump revoked an executive order issued by President Barack Obama in 2010 following the Deepwater Horizon oil spill in the Gulf of Mexico. The largest offshore oil spill in U.S. history, it killed 11 workers and spewed millions of gallons of crude that harmed marine wildlife, fouled more than 1,300 miles of shoreline and cost the tourism and fishing industries hundreds of millions of dollars.

Obama said the spill underscored the vulnerability of marine environments. He established a council to promote conservation and sustainable use of the waters.

In his order this week, Trump did not mention the Gulf spill. He said he was "rolling back excessive bureaucracy created by the previous administration" and depicted the Obama council as bloated, with 27 departments and agencies and over 20 committees, subcommittees and working groups.

But he said federal agencies could participate in regional partnerships formed by states. His administration has encouraged a "co-operative federalism" approach that shifts more responsibility to state governments.

Trump's order downplays environmental protection, saying the change would ensure that regulations and management decisions don't get in the way of responsible use by industries that "employ millions of Americans, advance ocean science and technology, feed the American people, transport American goods, expand recreational opportunities and enhance America's energy security."

In another reversal of Obama policy, Trump earlier this year called for opening most coastal waters to offshore oil and gas drilling, drawing fierce opposition from many coastal states. His administration also is stepping up federal leases for offshore wind energy development.

"Domestic energy production from federal waters strengthens the nation's security and reduces reliance on imported energy," Trump said in his order, which also mentioned shipping, fishing and recreation as among industries standing to benefit from his plan.

"In another attempt to reverse progress made under President Obama, the Trump administration is recklessly tossing aside responsible ocean management and stewardship," said Arian Rubio, legislative associate for the League of Conservation Voters.

U.S. Rep. Rob Bishop, a Republican and chairman of the House Natural Resources Committee, said Trump's approach would "help the health of our oceans and ensure local communities impacted by ocean policy have a seat at the table."

Rep. Raul M. Grijalva, an Arizona Democrat and ranking member of the committee, demanded a hearing and accused Trump of "unilaterally throwing out" years of conservation work.